Previous research studies of hallucinogen dependence showed little to no dependence is likely regarding hallucinogenic drug use. However, there are many types of these drugs available and more recently, the synthetic production of hallucinogens such as PCP or MDMA may have more potential for dependency developments than the classical hallucinogens of peyote, LSD, and psilocybin(magic mushrooms).

Synthetic hallucinogens are often compounded with other chemicals which make the determination of hallucinogen dependency a complex issue. PCP, MDMA, LSD, and Ecstasy are examples of hallucinogens that have unpredictable consequences because of their chemical variations. Physical dependence is not developed from the hallucinogenic properties of these drugs, but, rather from the alternative mixtures that the drugs may possess. 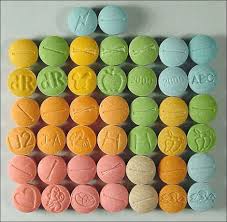 Hallucinogens can lead to dependence.

Although there is evidence of rampant abuse of hallucinogen drugs, with the exception of PCP, they basically have one thing in common. The chemicals that produce the hallucinogenic affects are normally short lived and result in quick tolerance.

After using a hallucinogen more than 2-3 times within a short span of time the user will be unable to achieve desired results of mind alterations until they detox from the hallucinogen for a while. Increasing the dosage will only have adverse effects such as psychosis or overdose. For this reason, many hallucinogen drug abusers limit their usage of hallucinogens.

Hallucinogens have psychoactive properties which affect people differently and depending on a variety of factors some individuals may be prone to psychological dependence based on their mental health, environmental circumstances, the chemical makeup of the drug, or poly substance abuse.

Hallucinogen abuse causes significant psychological and social impairments which may be marked by severe depression, antisocial disorders, anxiety disorder, impaired judgment, paranoia, or other cognitive or social impairments. In turn, the person may become psychologically dependent on hallucinogens to escape these conditions or in response to the environmental stresses.

In recent studies, MDMA users were shown to be slightly more likely to develop a dependency than other hallucinogen users and also more likely to use other hallucinogens. According to a study by the School of Medicine, Duke University, “Of all hallucinogens, MDMA is perhaps the most controversial and health-compromising due to its robust association with poly substance use and potential neurotoxic effects on the human brain.” MDMA is different from other hallucinogens because it produces both psychedelic and stimulant effects and the stimulant properties are what lead to dependency. MDMA abuse can cause significant serotonin depletion which can lead to mood disturbances, memory problems and impulsiveness.