Hallucinogen abuse has many negative effects, most of which may occur at any time during use of these drugs. Hallucinogens are very strong substances, and their abuse can cause problems, both psychological and physical. If you know someone who is abusing hallucinogens, or if you are abusing them yourself, consider the effects caused by hallucinogen abuse.

Why Do People Abuse Hallucinogens?

There are many reasons why people abuse these drugs. In the past, people used hallucinogenic plants for “religious rituals” hoping to “induce states of detachment from reality and precipitate ‘visions’ thought to provide mystical insight” (NIDA). Currently most people claim they abuse hallucinogens in order to:

For whatever reason a person takes hallucinogens, abuse of the drug can be highly dangerous. Most hallucinogens are habit-forming, leading to addiction.

Other Effects of Hallucinogen Abuse 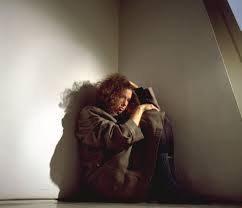 Hallucinogen use can cause dangerous flashbacks among other consequences.

Abusing hallucinogens can cause many other effects, including: