Hallucinogen tolerance is incredibly common among those who use these substances frequently. Though you can build a tolerance to hallucinogens, this effect actually works to help minimize the chance that individuals will abuse these drugs too often and can help you become aware that you should stop your hallucinogen usage. Call 800-592-1193 (Who Answers?) today if you believe you have a problem with hallucinogens, and we will help you find a treatment program that will fit your needs.

Tolerance to hallucinogens—like LSD, peyote, and psilocybin mushrooms—develops quickly. If a person begins using these drugs frequently, it will often take high doses of these substances to allow them to feel the same effects, even a short time after they begin doing so. In addition, hallucinogens that act on brain cell receptors all cause cross-tolerance with one another, meaning that a person will be tolerant to all the drugs that work similarly if they experience tolerance for one.

According to the National Institute on Drug Abuse, “tolerance for hallucinogenic drugs is short-lived––it is lost if the user stops taking the drugs for several days––and physical withdrawal symptoms are not typically experienced when chronic use is stopped.” However, once a person begins abusing these substances again, tolerance can build back up very quickly.

How Does Hallucinogen Tolerance Affect Users? 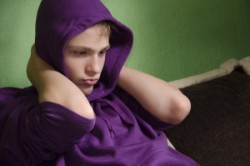 Hallucinogen abuse is known to rapidly lead to tolerance.

Many hallucinogens do not actually cause addiction when abused, and one of the reasons for this is because tolerance develops so rapidly. According to the Center for Substance Abuse Research, in the case of LSD, “tolerance develops so quickly that repeated ingestion is useless.” Therefore, the individual will often refrain from the compulsive and continued abuse related to cocaine, heroin, and other drugs that case rapid addiction syndromes. However, some drugs in this class, such as PCP, can still be incredibly addictive and create normal tolerance syndromes.

Tolerance is also a way of letting users know they may be taking too much of these drugs and should seek help. Even though they are likely not addicted to the drug in the case of LSD, peyote, and psilocybin use, individuals could still benefit by seeking out treatment that can teach them new and better coping skills and give them access to behavioral therapies that may help them realize why they began abusing the drug in the first place. Also, in rehab treatment, people can receive therapy for the disturbing visions and hallucinations experienced while being on these drugs, which can help minimize the likelihood that they would experience flashbacks and other issues in the future.

When the body creates a resistance to hallucinogens, it is actually working to protect you from abusing more of the drug. However, this does not mean it is safe to keep using them. These drugs can cause a number of dangerous side effects, which is why most of them are Schedule I substances. Therefore, it is important to avoid high levels of abuse, especially if you are beginning to experience severe side effects.

Call 800-592-1193 (Who Answers?) today to find out about the treatment options available to you for hallucinogen abuse. We can also answer any questions you may have about substance abuse, addiction, and rehab.

What is LSD Tolerance & Why is it Dangerous?