Hallucinogens work by temporarily interfering with the nuerotransmitters or receptor sites responsible for the production of serotonin and other chemicals within the brain. The effects that hallucinogens have on the user long-term remain unclear but short-term effects can be volatile at best. Many hallucinogens effects are unpredictable and unreliable which makes these highly dangerous drugs. Each “trip” or high is different and even a user who is familiar with the effects of a particular hallucinogen has no real way of knowing whether the same effects will occur in the future.

Hallucinogens Effects on the Brain

LSD, PCP and other hallucinogens that cause distortions of perception and reality can lead to a wide range of changes in the chemical composition of the brain. According to the National Institute on Drug Abuse, while the effects of hallucinogens typically only last a few hours, the methods in which these drugs affect the brain can linger for many weeks following the last known use of a hallucinogenic drug. While under the influence of hallucinogens, the user may:

Each hallucinogen has a number of potential effects on the user. Some will experience very mild effects of hallucinogens when they take the drugs while others may experience extreme effects such as a “bad trip” in which the user feels or acts suicidal or has extreme fear for their life.

No definitive studies in large scale have been performed to determine the true length of the effects of hallucinogens on the brain but smaller scale studies have found that hallucinogens can have a lasting impact on the user. 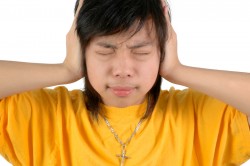 The effects of hallucinogenic drugs vary depending on what drug is taken.

LSD effects consist of changes in the emotions and thoughts of the user. In large doses, LSD can produce delusional thoughts, hallucinations and sensory overload. The user will often feel a sense of “out of body” experience in which he or she can see or hear himself outside of his or her body. In some cases, LSD can have serious side effects such as terrifying thoughts, serious feelings of despair or regret and extreme depression.

The effects of Peyote are vast and many include a wide range of symptoms. This hallucinogen can produce hallucinations both auditory and visual. It is common for Peyote users to experience a long-term effect of the drug that lasts a few days and causes a lapse in memory and judgment which can lead to various other serious consequences. Because Peyote has never been used for a medical purpose, there are few known studies pertaining to the drug and it’s hard to tell what the effects will be for each user.

The hallucinogen effects of Psilocybin mushrooms are similar to the effects of LSD. The mushrooms can produce alterations of motor function and changes in behavior. Perception changes are common and the user will often experience hallucinations when under the influence of “magic mushrooms” or those mushrooms containing traces of Psilocybin. Panic and psychosis can occur in users who take large doses of Psilocybin containing mushrooms. Such reactions may also be responsible for long-term problems including impaired memory and permanent psychiatric illness.

The hallucinogen effects of PCP create a major dissociative feeling for the user meaning that the user will feel as if he or she is completed detached from the environment or from him or herself. This drug was widely used throughout the 1960s for the hallucinogenic effects but is no longer as widely used today. The effects of PCP may include the following adverse psychological effects:

Unlike many hallucinogens, PCP is addictive! Repeat use of PCP can lead to cravings and dependence that requires professional help. While a user may also become addicted to other hallucinogens, most of the time, users cease the use of drugs such as LSD or mushrooms on their own without the dire need for treatment of dependence related factors.

Hallucinogen abuse and addiction can have dire consequences. Get treatment help today by calling 800-411-9312 (Who Answers?) .