Hallucinations and “out-of-body” experiences most characterize the types of effects brought on by hallucinogen drugs. Some of the more commonly known hallucinogens include –

For anyone considering stopping or cutting back, here are 10 hallucinogen withdrawal symptoms you may experience – 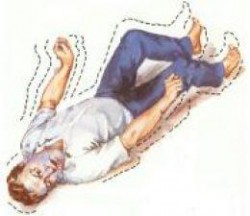 Hallucinogen withdrawal can cause episodes of seizure.

In addition to triggering neurotransmitter secretions, hallucinogens also cause damage to the brain cells that secrete these chemicals. This damage weakens the cells’ ability to produce neurotransmitter supplies. When this happens, a person has to keep taking larger doses of hallucinogens in order to experience the desired drug effects.

Physical hallucinogen withdrawal symptoms to watch out for include –

Over time, the brain’s tolerance for hallucinogens continues to increase. As tolerance levels rise, physical withdrawal symptoms happen on a more frequent basis and also increase in intensity.

Hallucinogen withdrawal symptoms not only affect the body’s ability to function, but also the mind. Behavior-based withdrawal symptoms develop once the drug’s effects start to impair the brain’s cognitive and emotion-based functions, according to Bryn Mawr College.

The hallucinations brought on by hallucinogens originate from the cognitive and emotion-based regions of the brain. The neurotransmitter chemical surges that bring on these effects can leave behind some pretty distressing aftereffects once a person stops using these drugs.

During the withdrawal period, it’s difficult to function normally in everyday life so be prepared to take time off from work until withdrawal runs its course. In cases of chronic hallucinogen use, these symptoms can persist for months and even years after stopping drug use, so it may be a good idea to seek out professional treatment help rather than trying to go it alone.

Ultimately, hallucinogen withdrawal symptoms worsen in severity the longer a person has engaged in drug use. Frequency of use and dosage amounts normally ingested also influence how intense your withdrawal period will be.