According to the National Institute on Drug Abuse, several drugs can be considered as hallucinogens. In recent years, the popularity of hallucinogens has been on the rise. Particularly among club goers. There seems to be a misconception that hallucinogens are a safe way to improve the party experience. However, hallucinogens are highly dangerous drugs, and need to be avoided.

LSD is the cause of a number of hospital visits, and is regularly overdosed on. It is also very common to find LSD cut with a number of dangerous and toxic substances that can put a user’s life at risk.

Ketamine is a large animal tranquilizer that is not meant to be used by humans. It produces too many negative side effects to list, and should never be used recreationally.

Psilocybin mushrooms are a popular and powerful hallucinogen. They are also extremely poisonous. 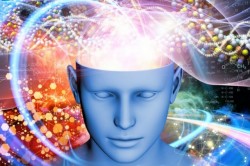 Many hallucinogens can cause permanent brain damage and psychotic breaks.

Dextromethorphan is a cough suppressant found in a number of over the counter medications. It only produces hallucinogenic effects when taken in extremely high doses. The fact that such high doses are needed to get “high” creates a dangerous overdose potential.

Ibogaine is a plant bark that produces hallucinations. It also has common side effects including loss of motor control, respiratory and cardiovascular complications, and neurotoxicity that may result in death.

Mescaline is a derivative of the peyote cactus, and is known to be associated with HPPD, a disorder that causes flashbacks to hallucinations even when not using hallucinogens.

Peyote is a powerful hallucinogen that removes the user’s ability to perceive the world around them, or control what goes on.

PCP often causes violent and aggressive outbursts in users, and keeps them from recognizing limits. This creates dangerous situations that often result in death and injury to not only the users, but people around them, as well.

Salvia has a reputation of producing bad “trips” accompanied by intense terror and heart problems.

This synthetic hallucinogen often results in users harming themselves, and is known to be extremely toxic. It has been connected to a number of deaths.

This is marketed as “legal” or “natural” LSD. However, it is neither legal nor natural. It has never been tested for human consumption, and is related to a number of deaths.

This synthetic chemical is highly poisonous, and has caused several deaths in users, even without overdose.

This is a class of synthetic hallucinogens that are potent and long-lasting. In some cases, they cause permanent brain damage and psychotic breaks.

Henbane is a highly poisonous plant that produces hallucinations as part of its toxic effect. People using it can become violently ill and die as a result.

20 Things You Need to Know about Synthetic Hallucinogens

Nutmeg is a common spice, but when ingested in large enough quantities may produce mild hallucinations. However, the quantities necessary to achieve this result are also very toxic.

This is a flowering plant that is poisonous to humans. The neurotoxic effects of the poison produce hallucinations, but also cause organ damage and violent illness.

This plant is used medicinally for its anesthetic properties, but has the side effects of hallucinations and delirium. Also, in improper dosages it is fatally toxic, and there is no known way to counteract it.

20. High Doses of Dramamine or Benadryl

These are over the counter drugs that are safe when used properly. However, when taken in extremely high doses they may create a hallucinogenic effect. However, such high doses create very real dangers including overdose and death.

If you find that you are already addicted to any one of these hallucinogens, it is important to get treatment now. For more information on how to find treatment, call us at 800-592-1193 (Who Answers?) . We can help you identify whether you are addicted or not and help you get the treatment that you need to make a full recovery.