Many hallucinogenic drugs are not actually considered to be addictive in the way other substances of abuse are. However, this does not mean that hallucinogens are harmless, as they can cause a number of other issues for those who use and abuse them. Call 800-592-1193 (Who Answers?) now to find rehab centers where you can get help for your hallucinogen abuse.

According to the Center for Substance Abuse Research, drugs like LSD, peyote, and psychedelic mushrooms are not considered addictive for a number of reasons.

From many of these results, one can already see that an addictive nature is not the only aspect of a specific substance that can make it harmful. 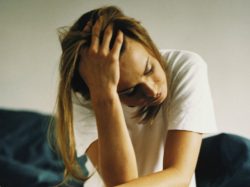 Hallucinogen abuse can cause persistent psychosis.

Hallucinogens can cause many other issues as well, and the fact that most of them are not addictive does not protect users from negative consequences. Furthermore, some hallucinogens (like MDMA and PCP) actually can be extremely addictive when abused over a long period of time in large doses.

The Drug Enforcement Administration states, “Many hallucinogens are Schedule I under the Controlled Substances Act,” even those that are not addictive because they “have a high potential for abuse, no currently accepted medical use in treatment in the United States, and a lack of accepted safety for use under medical supervision.”

How Can Hallucinogens Be Harmful?

Both addictive and nonaddictive hallucinogens alike can create severe physical and psychological side effects for users that can be extremely problematic and will require treatment.

Recreational hallucinogen use, therefore, is not only a possibly harmful act of substance abuse but can actually be extremely unpredictable, let alone dangerous.

Have You Experienced Severe Effects from Your Hallucinogen Abuse?

Call 800-592-1193 (Who Answers?) now to find the treatment you need and to begin to recover from your hallucinogen abuse. We can answer any questions you may have about treatment, including which type of facility will be best for your needs and whether or not a particular program will take your insurance plan.