There are many signs of hallucinogen abuse. A person’s behavior will change when they start abusing these drugs, and physical issues can also arise as an effect. If you believe someone you know may be abusing hallucinogens, look for these common signs.

Different hallucinogens, however, might have different effects physically on a person. Some of these effects, and the specific drugs associated with them, are: 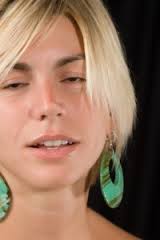 Someone who is high on hallucinogens may seem dizzy, distracted and a variety of other symptoms.

In comparison, some of these symptoms are typical among most hallucinogens, but others are specific to the certain drug. For example, psilocybin causes diarrhea while LSD and peyote do not. However, all three can cause an increase in body temperature, sweating, and chills.

According to the NIDA, “Ingesting hallucinogenic drugs can cause users to see images, hear sounds, and feel sensations that seem real but do not exist.” This is one of the reasons many people take hallucinogens, and when someone is high on these drugs, they will likely experience hallucinations, “introspective/spiritual experiences,” and rapid changes in emotions from euphoria to fear.

PCP which is a hallucinogenic drug can actually cause many more negative psychological issues than other hallucinogens which can lead to dangerous behavior. As stated by the NIDA, “While intoxicated, PCP abusers may become violent or suicidal and are dangerous to themselves and others.”

During the altered mental state caused by hallucinogens, users will often exhibit signs of:

If you notice someone exhibiting behaviors that are in line with these psychological effects or complaining of them, there is a possibility that they could be abusing hallucinogens like PCP, LSD, or psilocybin.

Flashbacks are another strong indicator of hallucinogen abuse. Someone may flash back to a specific drug trip when not currently abusing hallucinogens. Drugs like LSD and PCP can cause these kinds of drug trips where a person experiences “spontaneous, repeated recurrences of some of the sensory distortions originally produced by LSD” or another hallucinogen (CESAR). This condition is also called Hallucinogen Persisting Perception Disorder or HPPD and is concurrent with the long-term effects of hallucinogen abuse.

“While the exact mechanisms by which hallucinogens exert their effects remain unclear,” there are many common and obvious signs of hallucinogen abuse. If you believe someone you know may be abusing these drugs, look for the signs and try to determine which drug they are abusing. Treatment may also be necessary.