Since their resurgence in popularity, hallucinogens are now a serious concern for many doctors, nurses, parents, teachers, and friends. Since hallucinations often resemble mental illness, it can be difficult to tell if someone is using them or not. In the case of a mental illness, a hallucinating person is a serious concern. In the case of someone taking a hallucinogen, it might mean they need drug addiction treatment. It can be extremely difficult to tell the difference between the two but there are some signs that that a person is taking hallucinogens. Most of these signs depend on the hallucinogen they are taking.

Signs Someone is using LSD

According to the National Institute on Drug Abuse LSD is a very powerful hallucinogen made from the ergot fungus. This is one of the most popular hallucinogens on the market. It is also one of the easiest to physically hide. It is normally dusted onto paper and the paper is then consumed. The signs of LSD use are:

Signs Someone is Using Psilocybin Mushrooms

Signs Someone is on PCP 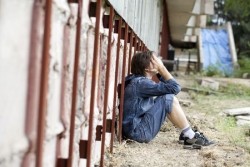 PCP can cause permanent psychosis.

PCP, also often referred to as Angel Dust, is a dissociative drug. This means it separates a person’s mind from their body or at least makes it feel like the mind is separate from the body. People on PCP are sometimes very dangerous because they do not feel much by way of physical pain. There are stories of people on PCP punching through walls or walking through glass doors. Some of the signs of PCP use are:

Unfortunately, the ill effects of PCP can also be deadly. By taking PCP you open yourself up to things like:

The side effects of PCP that are not deadly can last up to a year after the last dose. Long term use of PCP heightens these risks.

Signs of Someone Using Mescaline or Peyote

Peyote is one of the most natural of the hallucinogens. It is produced from a cactus and many Native American cultures still use it in spiritual rituals across the country. Peyote is a very long acting powerful hallucinogen. The more common Mescaline is refined from Peyote. The signs that someone is using peyote are:

Although many of these hallucinogens are non-addictive, they can be psychologically stimulating to the point where someone wants to use them frequently. Most people who use hallucinogens on a regular basis will eventually experience a phenomena called a bad trip.

There are many reasons people might have a bad trip. Some of these reasons are:

A bad trip can result in unpleasant dreams, memories, or psychosis. It is one of the key dangers of using any hallucinogen. Many people go their lifetime without experiencing a bad trip because they get away from the drugs before it happens. A bad trip or psychosis can happen whether it is your first time using a hallucinogen or the 100th.

For some people it is difficult to tell whether they are using a hallucinogen or not. If they are experienced with the drug, they can usually, hide everything but the physical symptoms such as dilated pupils or excessive changes in temperature. If some you know is exhibiting signs of using hallucinogens it is never too late to stop. With most hallucinogens, there is little or no withdrawal symptoms and since many of them are have a short half-life they exit the body quickly. The key is stopping before the long term effects start to take place. For more information on hallucinogen use or if someone you know is addicted to hallucinogens call us at 800-592-1193 (Who Answers?) .