According to the NIDA, one of the long-term effects of hallucinogenic drug abuse is a condition called hallucinogen persisting perception disorder or HPPD. This disorder is “also often referred to as ‘flashbacks.'” This is more common in individuals who have a history of psychological problems, but that does not mean that someone without these problems cannot experience HPPD. 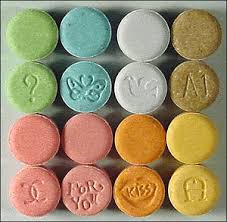 Long-term use of hallucinogens can lead to HPPD.

Someone with HPPD will likely experience:

This condition can be problematic and even dangerous, and  “there is no established treatment for HPPD” currently, which makes it even more difficult to weather.

Persistent psychosis can occur after hallucinogen abuse and is common in those who already experience mental disturbances but, like HPPD, can “happen to anyone, even after a single exposure.” Some of the symptoms of this disorder are:

Persistent psychosis can be treated in some cases with antidepressants and other drugs as well as psychotherapy, but it is not easily eradicated.

“Prolonged depression” is another long-term effect of abusing hallucinogenic drug (California Courts). This can go along with the other two conditions or can be completely independent from them. Someone can experience depression who hasn’t before in their lives as a result of long-term hallucinogen abuse.

“Impaired memory and concentration” can also be a long-term issue associated with the ongoing abuse of hallucinogens. According to the NIDA, both PCP and psilocybin can cause problems with memory in the long-term, and because of the way these drugs affect the brain, these issues “may persist for a year or more after chronic use stops” (NIDA).

Tolerance is a dangerous effect that occurs in many individuals who abuse hallucinogens over time. While most hallucinogenic drugs (except for PCP) do not cause addiction, tolerance can be a worrying effect. CESAR states that, when a person becomes tolerant to peyote, “cross-tolerance may also occur with other drugs including LSD and psilocybin.”

Because of this, a person might abuse one of the other hallucinogens in order to feel the effects and take too much. The possibility of overdose is also real with hallucinogens, although the behavioral effects often cause more danger to the individual than the physical ones.

Long-term abuse of hallucinogens may cause as many issues as severe short-term abuse. Depending on the drug and what you experience, it may take years for these effects to diminish.