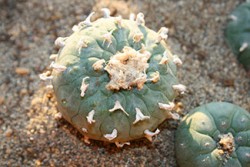 One type of hallucinogen is peyote.