The desire to alter perceptions and consciousness through the use of hallucinogens goes back as far as any recorded history in time. Psychoactive plants and other psychoactive substances, whether derived from organic sources or synthetically made, have been used in spiritual, ceremonial, therapeutic, and recreational practices to produce a wide range of effects in the mind and body.

There is always a level of uncertainty when abusing hallucinogens that even the most experienced abusers understand, but, like any psychoactive drug that has the power to make a person feel good or escape from the drudgeries of life, abuse is a foreseeable consequence that may result in a number of reasons to get professional help. 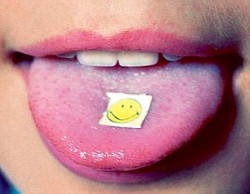 LSD one example of a hallucinogen.

There is a long list of known hallucinogens that are found in plants and other naturally organic substances such as fungi and/or derived from the chemical compounds existing in these sources. Psilocybin (magic mushrooms), salvia, and mescaline from the peyote plant are examples along with LSD (d-lysergic acid diethylamide) which is manufactured from the lysergic acid found in ergot, a grain fungus which typically grows on rye.

Around the world, however, the untenable quests to abuse hallucinogens for recreational purposes has uncovered a wide range of other organic chemicals that produce hallucinogen effects including psychedelics, deliriants, and dissociatives. The synthetic manufacturing of these types of hallucinogens is even more expanse.

Divided into the three categories, hallucinogens such as LSD, psilocybin (magic mushrooms), and PCP are psychedelics which cause distortions of time, space, motion, size, colors, shapes, and sounds with sensations that appear unreal and sometimes, frightening. Dissociative hallucinogens including Ketamine, DXM, PCP, and Salvia cause sensations of “floating” or disconnection from self and reality. Deliriants cause delirium including Benadryl and angel trumpets.

According to the National Institute on Drug Abuse, “people report using hallucinogenic drugs for more social or recreational purposes, including to have fun, help them deal with stress, or enable them to enter into what they perceive as a more enlightened sense of thinking or being.” MDMA, Ecstasy, Ketamine, and many designer drugs known as “club drugs” enhance moods and alter the mind, body, and consciousness for theses exact purposes.

Growing social venues make these types of drugs easily obtainable at raves or all night dance parties, nightclubs, bars, and in illicit drug markets on the street. Many abusers are poly-substance abusers who use other illicit drugs such as heroin, cocaine, amphetamines, or methamphetamine increasing their risks of dangerous consequences including overdose and death.

Hallucinogens enact their effects by altering the functions of neural circuits in the brain that use the neurotransmitters, serotonin, dopamine, and norepinephrine to communicate nerve cell messages throughout the brain and central nervous system. Repeat disruptions of these systems cause chemical imbalances and deregulations in normal cognitive, mood, emotional, and psychomotor functions that are not easily reversed. Neurological chaos and the physical, psychological, and social ailments of hallucinogen abuse can exacerbate or cause mental health disorders and sometimes, the mental health disorders are the underlying causes of the hallucinogen abuse.

Stress, anxiety, depression, memory impairments, loss of interest in once enjoyable activities, behavioral and personality disorders, mood swings, aggression, anger, violent and suicidal tendencies are marked characteristics of chronic or long term hallucinogen abusers that coincide with severe mental health disorders that often require psychiatric interventions. According to the NIDA “It is often difficult to disentangle the overlapping symptoms of drug addiction and other mental illnesses”.

Hallucinogen abuse is a public health problem that often poses the most harm to those who are naïve to the effects of the drugs, who abuse them outside of a controlled environment, who abuse them excessively or repeatedly over time, and who abuse them in combination with other drugs or alcohol.

10 Reasons to Get Help for Hallucinogen Abuse

The NIDA reports that “according to the 2013 National Survey on Drug Use and Health (NSDUH), more than 1.1 million people aged 12 or older reported using hallucinogens within the past 12 months.” The following are 10 reasons to get help for hallucinogen abuse: