Hallucinogens are drugs that alter a person’s perception of reality and that cause hallucinations and other alterations of the senses. They have been used in medicine and in religion, and are taken recreationally by people who seek out their effects. What there is still a lot to be learned about, however, is how these drugs actually produce their effects.

Hallucinogens have been shown to change the personalities of users, to completely alter the senses, and to cause a condition called synesthesia where someone can seem to see sounds or hear colors, according to Bryn Mawr College. These types of occurrences truly make one question: how do hallucinogens affect the brain, and how does the brain affect behavior and sensory perception? How can someone who takes a drug see something that is not there?

Hallucinogens and the Brain: What We Know

Many questions concerning the brain and hallucinogens remain unanswered, but scientists have been able to determine some of the areas of the brain that the drugs act on. 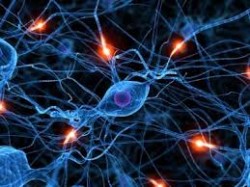 The effects of most hallucinogens are thought to be the result of interactions with serotonin in the brain.

According to the National Institute on Drug Abuse, the effects of most hallucinogens are caused by their disrupting the interaction of nerve cells and serotonin, specifically LSD, peyote, and psilocybin. The serotonin system is an actor in the control of behavioral, perceptual, and regulatory systems, many of which are affected by hallucinogens. PCP, on the other hand, acts through a glutamate receptor that is important for pain perception, responses to the environment, learning and memory.

One of the earlier findings about hallucinogens was that their structure resembles serotonin, which is found in specific neurons in the brain. Serotonin is a neurotransmitter that is found in several areas of the body, and that is thought to have a lot to do with feelings of well-being and happiness. Neurons that contain serotonin are found in the brain stem, and they project to almost every part of the brain. It acts at many different receptors, and the fact that hallucinogens resemble serotonin allows them to act like it. Bryn Mawr College reports that they directly affect serotonin receptors and the post-synaptic activity of serotonergic neurons. This results in a pattern of action potentials and activity that are part of the effects of hallucinogens. Scientists were even able to locate the exact receptors than hallucinogens act on, and those are the 5-HT2A receptors (2ARs). When hallucinogens interact with these receptors, rather than the normal pattern of responses occurring, the receptor leads to a different pattern of responses.

While science is increasingly able to understand and examine the effects of hallucinogens on the brain, there is still a lot more to be learned. We know generally how the hallucinogenic effects are produced, but given the wide range of effects hallucinogens have on people, there may be much more at work and many variations in the reactions.

Additionally, the cause of a ‘bad trip’ remains a mystery. A bad trip refers to the adverse reaction that some people experience when on hallucinogenic drugs. It usually involves very frightening hallucinations, adverse physical reactions like vomiting and nausea, intense anxiety, panic, paranoia, and more. With most hallucinogens having a bad trip does not appear to be dose-dependent necessarily, but rather results from some other cause, possibly in the brain.