Lysergic acid diethylamide, also called LSD for short, is a semisynthetic psychedelic drug that is derived from the ergot, a fungus that grows on rye. The drug is widely known for it’s psychedelic effects and for the altered thinking and moods that it can cause. People who take the drug report experiencing hallucinations, altered sense of time and spiritual awakenings. Unfortunately, LSD is dangerous and is a widely unpredictable drug.

First synthesized in 1938 by a man by the name of Albert Hofmann, the drug was not widely used for a number of years after it was first derived. The first known “LSD trip” took place a few days after the drug was derived when Hofmann himself took a dose of the drug to try it out and later rode his bicycle home from work. This day has been come to be known as “bicycle day” by those who advocate or appreciate the qualities of LSD and use the drug regularly.

LSD was introduced to the public for various psychiatric uses in 1947. At that time, it was thought to be a therapeutic agent that actually would help in mind control and other areas of law. In the 1950s, LSD was used in the military and by CIA officials to control the minds and illicit truthful responses from enemies in war.

Throughout the 1960s, LSD was used recreationally by youth culture. There was widespread use of LSD during this time and a number of organizations continue to encourage the use of LSD for various purposes. Today, the Albert Hofmann foundation, the Beckley Foundation and a number of other organizations advocate for continued research into the potential medical uses of LSD, but to date there are no widely accepted uses in medical history. 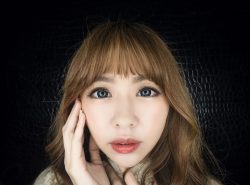 LSD, or acid, is often taken on tabs which are dissolved in the mouths of users.

LSD looks like a clear, odorless and tasteless substance. The drug, in pure form is not easily spotted against any other substance. Because it has no taste, LSD is often liquidized with water or other solubles and then dripped onto candy, sugar cubes, blogger paper or gelatin. On the streets, LSD is ingested through one over various measures or, in some cases, the liquid form of the drug may be purchased in a vial in which the user can ingest or place drops of the drug in the eyes.

According to the National Institute on Drug Abuse, when a user takes LSD, he or she will feel a wide range of physical effects including dilated pupils, reduced appetite and increased alertness or energy. Physical symptoms may also include increased blood pressure, increased temperature and rapid heart rate. As the user progresses into the high associated with LSD, a number of additional physical effects may be experienced include clenching of the jaw, tremors or increased sweating.

Psychologically, LSD causes a wide range of effects that may or may not be “acceptable” or “comfortable” for the user. The problem with LSD, as with other hallucinogens, is that there is no way to know how the user will react even from one dose to another so the unpredictable nature of the drug leaves much opportunity for widespread problem. According to the National Library of Medicine, psychological effects of LSD include:

Effects of LSD on Sensory Experience

Many people who use LSD do so for the wide range of alterations that occur within the senses. The user will experience heightened awareness and serious changes in the emotions when under the influence of LSD. Generally, the sensory effects that are caused by LSD include the appearance of colorful pattern in vision, blurred vision or changes in the feel of texture. A user may think that a certain texture feels exceptionally interesting or invigorating. In terms of hearing, LSD can cause a user to hear things that don’t exist or to hear sounds in a distorted way.

A number of potential adverse effects may arise from the use of LSD. Unfortunately, there is no easy way to know how a user will react to the drug until he or she actually takes the drug. As a result, LSD may lead to confusion, trouble with thought processes, impaired memory, personal injury and a wide range of potentially adverse drug interactions could also occur.

When LSD is taken with other drugs, such as antidepressants, it has the potential to cause a state of wandering in which the user may lead off for a period of time without anyone having any idea where the user went or planned to go. This can lead to personal injury or accident. The use of LSD with other drugs may also lead to seizures or the potential for fatal consequences.

People who take LSD are also at risk of suffering from what is known as “a bad trip.” This occurs when LSD triggers widespread panic attacks in the user or results in extreme feelings of anxiety. In some cases, the feelings that the user experiences may not go away when the drug wears off, such cases are known as psychosis or LSD precipitated psychosis.

Likewise, when a user experiences similar situations long after the LSD was taken, these flashbacks can also wreak havoc on the regular routines and lifestyle of the user causing additional challenges. Because of the serious potential risks for side-effects, LSD should not be taken for any reason. There are no known medical uses for the drug and to date, there are no acceptable uses for this hallucinogen.