As far as hallucinogens go, LSD sets the standard in terms of how its effects closely resemble those of other hallucinogen drugs, like mushrooms and mescaline. According to Brown University Health Education, LSD distorts users’ perceptions of reality. Distortions may be of a visual, auditory and/or tactile nature.

Signs of an LSD high can vary every time a person uses. Like most other hallucinogens, LSD triggers a massive release of neurotransmitter chemicals in the brain, most especially serotonin.

An LSD high can cause users to experience “good trips” as well as “bad trips” with no real indication of how a particular high will play out. LSD highs can last for up to 12 hours, though peak experiences typically occur halfway through.

If you suspect someone you know may be abusing LSD, here are 10 signs of an LSD high you just can’t miss.

General Signs of an LSD High

For the most part, LSD produces visual hallucinations though certain physical effects also occur. Three of the most commonly experienced signs of an LSD high include: 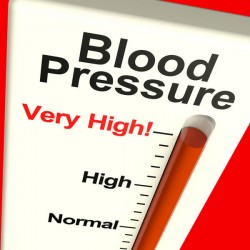 One sign of an LSD high is increased blood pressure.

LSD effects also distort a person’s sense of time, so users may feel as if time is moving backwards, or moving forward at a fast or slow rate.

The changes in serotonin levels brought on by LSD can impair a person’s judgment to the point where safety concerns become an issue. Changes in other neurotransmitter outputs cause some people to talk extremely fast while jumping from topic to topic. At times, speech patterns may also seem incoherent.

A number a factors can influence whether an LSD high will bring on a good trip or a bad trip, such as a person’s mood, expectations and setting. Not surprisingly, most people wish to experience a good trip, which brings on any number of otherworldly-like effects.

Four signs of a good trip include:

In some cases, users may enter a state known as synesthesia, which entails a crossing of sensory perceptions, such as hearing music when seeing colors or vice versa.

More oftentimes than not, a person is likely to experience a bad LSD high when doing the drug while in a bad mood. According to Columbia Health the surrounding environment can also trigger unpleasant drug effects, particularly when it’s a highly structured environment, such as at school or at the workplace.

Three common signs of a bad trip include:

These responses typically happen when a person perceives a hallucination as real instead of as part of an illusion.