There is a relatively new designer drug on the market that people are calling legal LSD or Synthetic LSD. Although the name seems innocuous enough considering traditional LSD is now being tested for its antidepressant qualities, unfortunately, this is not traditional LSD. There are a few things you should know about the N-Bomb.

There are several deaths that have been attributed directly to N-Bombs and an untold amount due to adverse reactions not directly attributed to the drug. Since it is a new or recently identified drug, most doctors and hospital emergency rooms do not know to look for signs of possible overdose or adverse reactions. The reported deaths are only those where someone reported the deceased as having used the drug.

They are Sold as a Synthetic Form of LSD

Called a synthetic form of LSD, this drug is sometimes mistaken for traditional LSD. Many people who use it as traditional LSD, wind up in a dangerous situation because it is described as considerably more powerful. While it is still legal in many places the DEA and DOJ are rapidly identifying it as a hazardous substance.

There are Three Related Synthetics that Fall Under this Name 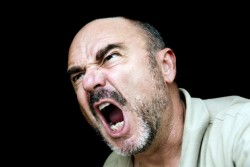 N-Bombs can cause agitation, irritability, and aggression.

According to the National Institute on Drug Abuse, N-Bombs are actually three closely related hallucinogenic compounds. These three compounds are essentially easily manufactured chemicals. These chemical are 25-NBOMe, 25C-NBOMe, 25B-NBOMe hence the name N-Bomb. The difference between this and what it is being called is that this is a dangerous chemical combination whereas LSD is not nearly as devastating.

It was Originally Derived from a Natural Hallucinogen

The start of the N-Bomb is a natural hallucinogen found in the peyote cactus. Peyote is a part of Native American culture and is still in use for a variety of religious ceremonies and other spiritual events. Unlike Peyote, there is no way to use the N-Bomb safely.

There are Risks Associated with N-Bombs aside from Death

Unfortunately, there is not enough information about the long term effects of this drug. Since it is new on the market, the long term risks have not been evaluated. Like most designer drugs an N-Bomb is relatively new so there is no data.

When to Seek Help for N-Bomb Use

You should seek help when you experience any of the risks associated with it. This drug is considered to be extremely dangerous and damaging. Although many will decide that it’s worth the risk, if you are considering treatment then chances are you are addicted to it already.

Where you Should Seek Help for N-Bomb Use