LSD, also known as Lysergic Acid Diethylamide, is one of the most commonly used mood-changing drugs in the world. Since being discovered in 1938, this drug has been abused by millions of people the world over.

Many are under the impression that LSD dependency is uncommon, as it is not the type of drug that can lead to a physical addiction. While this may be the case, it is important to note that psychological dependence is very real.

You may not experience any physical craving from taking the drug, even after long term use, however, it is common to associate it with particular situations or people. When you find yourself in these situations or around these people, it is common to turn to the drug. For this reason, it can be extremely difficult to stop using LSD, especially when you associate with people who are abusing the drug.

Can you become Tolerant?

The simple answer to this question is yes. Users can become tolerant to LSD. When this happens, you will require more of the drug to achieve the desired result. Subsequently, the more of the drug that is taken the better chance there is of serious side effects, including overdose.

Many people experiment with LSD out of curiosity, wondering what it will do to them. If they enjoy the end result, rather than being frightened while tripping, there is a good chance they will continue to take the drug in the future.

There are also those who use the drug in an attempt to run away from something in their life. They know they will feel good while high on LSD, so they turn to it to escape the real world. 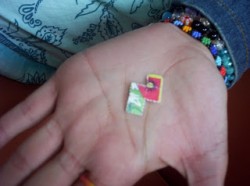 If you are tolerant to LSD you won’t feel as strong of effects from the same doses as previously.

The effects you experience from taking LSD may not be the same as the next person, as this depends on your body chemistry. That being said, there are some common side effects of the drug:

In most cases, the effects of LSD begin within an hour of taking the drug. It is common for the impact to last for as long as 12 hours.

The number one sign of LSD tolerance is the need for more of the drug to achieve the same result. When more of the drug is consumed, it is common for the person to experience many of the side effects mentioned above. There is also a better chance of serious symptoms, including an overdose.