As far as hallucinogens go, LSD sets the standard in terms of the types of effects hallucinogens produce. Also known as lysergic acid, LSD induces altered states of consciousness and out-of-this-world experiences through hallucinations. While not known to be addictive, LSD can nonetheless disrupt a person’s ability to function in daily life. As the most powerful hallucinogen on the market, signs of LSD use are generally easy to spot. 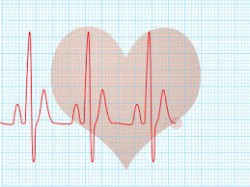 Two signs of LSD use include increased heart rate and blood pressure.