As a drug group, hallucinogens encompass a wide array of different drug types, from pills, to plants to edible substances with each drug type producing unique effects. According to the National Institute on Drug Abuse, LSD exists as one of the most powerful hallucinogen-based substances. While nowhere as addictive as cocaine or heroin, LSD abuse does come with certain dangers.

Like most every hallucinogen, LSD alters a person’s sensory perceptions to the point where he or she loses touch with reality. Hallucinations, delusions and feelings of being outside the body may also result. Ultimately, these types of experiences can have adverse effects on a person’s physical and psychological well-being. In cases of chronic or long-term LSD abuse, the need for treatment becomes painfully apparent as a person’s quality of life continues to decline. 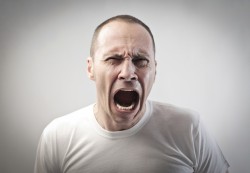 LSD can cause intense emotional experiences and mood swings.

LSD, also known as boomers, acid and yellow sunshine, is derived from lysergic acid, commonly found in a type of fungi that grows on rye grains. According to the U. S. Drug Enforcement Administration, LSD users often experience a range of sensory effects, some of which include:

In general, LSD effects can be highly unpredictable, causing users to experience either exhilarating or frightening hallucinatory effects during any given drug session.

LSD effects stem from the drug’s ability to interfere with the brain’s serotonin system, a chemical network that runs throughout much of the body’s central nervous system. Consequently, the effects of LSD abuse disrupt a number of major systems in the body, including:

According to Brown University Health Education, LSD’s effects on the serotonin system can cause considerable problems for people with existing mental health issues, such as depression, bipolar disorder and schizophrenia. These risks become even more so pressing when a person experiences frightening drug trips. Under these conditions, the combined effects of mental illness and LSD warp a person’s ability to separate the hallucination from reality, a situation that can quickly endanger his or her safety as well as the safety of others.

In cases of ongoing LSD abuse, frequent fluctuations in the brain’s serotonin system start to leave a type of imprint on the brain’s chemical system as a whole. According to the National Drug Intelligence Center, a person may start to experience flashbacks of prior drug trips at random. Flashbacks may derive from either pleasant or frightening hallucinatory experiences, which can make for dangerous situations should a person be driving or taking care of children.

At this point, chemical imbalances have started to take root within the brain’s chemical system. With continued LSD abuse, more pronounced forms of psychological dysfunction may develop over time, such as violent outbursts and panic attacks.

How is Treating LSD Addiction Different from Treating Other Types of Drug Addiction?

While LSD does carry a low addiction risk, as one of the most powerful hallucinogen drugs, it nonetheless carries a high potential for physical dependence. With physical dependence, increasingly larger doses are needed to produce the drug’s desired effects. This level of LSD abuse can lead to serious physical and psychological problems down the road.

If you or someone you know struggles with LSD abuse and have further questions about LSD’s effects on the body, please feel free to call our toll-free helpline at 800-592-1193 (Who Answers?) for more information.