Phencyclidine (also known as PCP) was developed in the 1950s as an intravenous anesthetic. In 1965, use of this drug was discontinued due to the discovery of serious adverse effects. Illicit recreational use of this drug has not ceased. PCP is a white crystalline powder that has a distinctive bitter chemical taste. It is readily soluble in water or alcohol, so it can be mixed easily with dyes and is often sold on the illicit drug market in a variety of tablet, capsule, and colored powder forms. A PCP high can be achieved by snorting, smoking, or orally ingesting the drug. It is often applied to a leafy material such as marijuana, mint, parsley, or even oregano, for smoking. Effects can last approximately 4–6 hours depending upon how much and by what route PCP is taken.

While under the influence of PCP, abusers will: 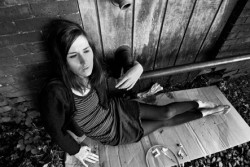 PCP is addictive. Some of the signals of PCP addiction are also common to other addictions. In several cases of addiction, an abuser was found to have a propensity toward underlying mental illness which they may not even be aware of. Use of multiple substances and possibly being addicted to more than just one drug is also very popular among users with chronic drug problems.

Recognizing the behaviors that mark an addiction is a first step to getting help.

Failed attempts at quitting use- An addict will be incapable of stopping the use of the drug they are addicted to without help.

Severe craving for the drug- Feeling that the drug is “needed” not just wanted. These feelings can be so intense that the addict will have trouble thinking of anything else.

Willingness to do “anything” to get PCP-Irresponsible behavior and risky deeds all performed in the attempt to get PCP.

Lifestyle and relationship fails because of PCP- PCP and getting high becomes more and more important and eventually supersedes all else in rank of importance, including job, family, friends, hobbies, and responsibilities like paying the bills.

PCP addicts will suffer from health issues that are drug related as well. Whether their use is short-term or long-term, the can experience vomiting, numbness in their extremities, and loss of muscle control just to name a few. The National Institute on Drug Abuse reports that, just within the last six years, there have been surveys conducted by the National Survey on Drug Use and Health that show children as young as 12 and up into high school age having used PCP at least once and sometimes repeatedly.