PCP is a hallucinogenic and dissociative drug also known as Phencyclidine. Phencyclidine pill abuse became popular in the 1960’s and they were called “PeaCe Pills”, for their relaxing and tranquilizing effects. In the mid 1960’s, Phencyclidine was discontinued for use in human medicine because it produced bizarre and negative side effects, but, it is occasionally used in veterinary medicine and produced legally, for research. PCP Is a Schedule II substance and has a high potential for abuse. As a psychoactive drug, it can be addicting and remains available on the street under names such as Angel Dust, Boat, Wet, and STP.

There are significant variations in PCP on the street and the clandestine production of PCP makes it dangerous. There is no control over the amounts, composition, or chemical makeup of these drugs and user’s risk adverse physical and mental health side effects with every dose they use. PCP effects are described as dissociative because it induces distorted perceptions of sight and sound with feelings of detachment (dissociation). The PCP “trip” may cause deliriums, hallucinations, symptoms that mimic schizophrenia, paranoia, amnesia or tendencies for violence or suicide.

According to the National Institute on Drug Abuse, “PCP can be mixed easily with dyes and is often sold on the illicit drug market in a variety of tablet, capsule, and colored powder forms that are normally snorted, smoked, or orally ingested.” It has many street names that describe PCP doses according to the various methods of abuse. PCP is easily obtainable and abused in numerous ways. Commonly PCP is abused by dipping cigarettes or marijuana joints in PCP to be smoked. These items are, then, called “loveboats”, “sherm sticks”, “dippers”, and many other names. 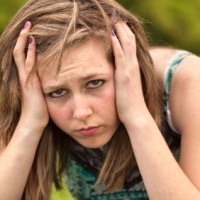 An addiction to PCP can make you do things you otherwise would not do.

As with other psychoactive drugs, users begin using PCP because they want to feel good or better. Repeated use of PCP can lead to cravings and compulsive PCP-seeking behavior, despite severe adverse consequences. PCP addicts may suffer severe withdrawal symptoms including extreme depression or psychosis when they attempt to stop using PCP.

PCP addiction has many physical and psychological side effects that are common among users, but recognizing PCP addiction can be difficult. Users may have co-existing mental health disorders or may use PCP with other drugs.

The following, may be helpful in recognizing PCP addiction: