Many of the psilocybin mushroom effects that affect users may vary and can depend on their age, past experience with drug use, their personality, the amount of the dosage, their surroundings, and their expectations for using psilocybin mushrooms. However, like other similar hallucinogens, each experience -or trip- can be unpredictable, and a user can have a bad trip. The effects of a bad trip can put a user’s life at risk. The risks are higher if a person unintentionally ingests poisonous mushrooms.

What are Some Dangers of Psilocybin Mushrooms Effects? 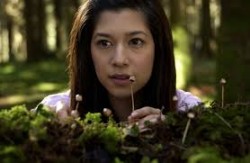 Psilocybin mushrooms cause sensory distorting effects which lead people to do dangerous things.

Depending on how the psilocybin mushrooms are taken, the effects can be felt within a few minutes when used as a tea or about 30 minutes after eating them. The effects can last between 3 – 6 hours. If a person consumes the mushrooms along with other harmful substances the risks can increase and produce serious adverse effects. The higher the doses, the more profound and risky the effects can become. Some of psilocybin mushroom effects known to be dangerous include:

Although an addiction to psilocybin mushrooms may not be common, a person can develop tolerance and the usual amount of mushrooms may no longer be effective for them. They may begin to take more, and this can be dangerous since as mentioned here, each experience can be unpredictable. Just one bad trip can result in dangerous consequences, especially from the actions taken by the person. They can end up hurting themselves or hurting others.

Other Dangers of Psilocybin Mushrooms Effects

A very serious and dangerous effect from taking these hallucinogenic mushrooms is the psychosis that can result from a bad trip. While not very common, permanent effects from psychosis is possible. A person who suffers from a mental disorder has a much higher chance that it can happen to them. Also, as mentioned above, eating a poisonous mushroom can be deadly and they can be very difficult to identify, especially if a person has never seen them or tried them before.

Some people have reported experiencing flashbacks, and panic attacks for up to a year from taking the psilocybin mushrooms. The safest choice a person can make, is to not ingest these types of mushrooms. As a hallucinogenic, the reactions to them can be unpredictable and produce seriously unstable results.

Also, according to the National Drug Intelligence Center, in the U.S. it is illegal to buy, sell, or cultivate psilocybin mushrooms.