Salvia divinorum, a plant with hallucinogenic properties that belongs to the mint family, can cause strong effects on the mind and body. Though we do not know much about the long-term effects of the drug, it does cause many short-term effects which can be strange and even dangerous. 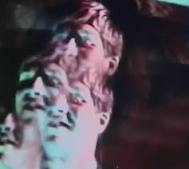 According to the NIDA, “Because of the nature of the drug’s effects––brief hallucinogenic experiences that mimic psychosis – it is more likely to be used in an individual experimentation than as a social or party drug.”

Salvia divinorum’s psychological effects are strong but short-lived, “appearing in less than 1 minute and lasting less than 30 minutes.” CESAR states that chewing the leaves as quid can cause effects that may last from one to two hours depending on how long the person keeps the herbs in their mouth.

According to the NIDA Teen, “Physical and other effects of saliva divinorum use have not been fully studied.” However, we do know that the plant causes a loss of coordination in users which, when coupled with the perception changes it causes, makes it similar to other hallucinogens. Physically, Salvia divinorum can also cause:

The physical effects of Salvia divinorum are not dangerous on their own, in the way that drugs like heroin cause dangerously low breathing and other issues. However, if a person got behind the wheel of a car while experiencing the lack of coordination and dizziness caused by the plant, let alone the hallucinations, it could cause disastrous issues to occur.

Are the Effects of Salvia Divinorum Stronger than Other Hallucinogens?

Yes and no. The effects of the plant, especially when chewed, can be extremely potent, but the drug has not been known to cause other adverse effects the way that certain hallucinogens do. Plainly stated, we do not know if Salvia divinorum causes: