Distortions in perception result from alterations in the brain’s chemical processes and functions, according to the National Institute on Drug Abuse. In effect, each type of hallucinogen targets certain specific chemical processes, which accounts for the different “trips” or “highs” users experience.

Of all the addictive drugs on the market (both legal and illegal), hallucinogens carry a low risk of abuse and addiction; however, the risk of addiction increases in cases of frequent, ongoing drug use.

Hallucinogen Effects on the Brain 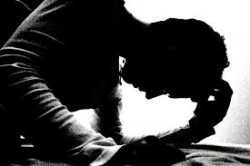 Hallucinogens are characterized by their relative effects on users.

Hallucinogen effects target serotonin chemical processes in the brain. Serotonin acts as a vital neurotransmitter chemical that regulates a number of functions, some of which include:

Hallucinogens, in general come from plants, mushrooms and synthetically made formulas all of which contain varying consistencies of the drug. As a result, any one type of hallucinogen can produce one or more of the following effects:

Under normal conditions, the brain uses a selection process that determines how a person perceives his or her surroundings. In effect, this process filters out certain aspects so a person can attend to a particular task or activity.

Psychedelic hallucinogens strip away this selection process so users experience everything in their surroundings. Drugs belonging to this type of hallucinogen include:

When “high,” users experience an overwhelming sense of expansion where colors, sounds, smells and textures become worlds of their own. Seeing visions and hearing voices are also common.

The brain’s ability to translate sensory perceptions enables a person to experience his or her immediate environment. Dissociative hallucinogens create a state of sensory deprivation where the mind is free to create its own internal environment and perceptions.

Drugs belonging to this type of hallucinogen include:

While drug effects can vary from dose to dose and drug to drug, dissociative effects generally produce an “out-of-body-type” experience that leaves users in a trance state.

Unlike the other two types of hallucinogens, deliriant drug effects create false perceptions that have no basis in a person’s internal or external reality. Users enter into a stupor-like state of confusion.

A person may start to hold conversations with imaginary people or go through the motions of completing a complex task, like getting dressed, without ever having picked out the clothes. In effect, deliriants create a psychotic state of mind where users can’t distinguish between reality and fantasy.