Many people are unaware of the fact that hallucinogens have been around for hundreds of years. These have been used by people for a number of reasons, with many abusing them in order to alter their mental state.

While there are many types of hallucinogens, here are the four that are most common:

Also known as d-lysergic acid diethylamide, this is one of the most powerful mood changing drugs in the world. It is manufactured from lysergic acid, and has been in existence since it was first discovered in 1938.

Did you know that peyote is a cactus used primarily by natives in the southwestern region of the United States as well as northern Mexico? The primary active ingredient is mescaline. While this ingredient comes from peyote, it can also be generated via chemical synthesis.

Also known as phencyclidine, this drug was first used as an anesthetic in the 1950’s. Due to the serious side effects of the drug, it is no longer used in this manner. However, there are people who continue to abuse the drug for the impact it has on their mind and body.

Also referred to as 4-phosphoryloxy-N,N-dimethyltryptamine, it comes from some types of mushrooms grown in subtropical regions of the United States, Mexico, and South America. 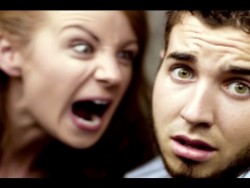 Hallucinogenic drugs distort a user’s reality in many ways.

The four types of hallucinogens listed above are abused in different ways:

Even though these four main types of hallucinogens share some similarities, they are all unique. For example, LSD is sold in a capsule, tablet, or liquid form while Psilocybin is added to a food or drink for ingestion.

Regardless of which type of hallucinogen is taken, the person expects to trip for an extended period of time, often lasting as long as 12 hours.

Hallucinogens may not be legal, but this has not stopped millions of people from abusing them.