There are a lot of conditions that can cause hallucinations, most of them are treatable through psychotherapy and other forms of psychiatric medicine. There are however a number of substances that can cause you to hallucinate that you should be worried about.

According to the National Institute on Drug Abuse, there are several hallucinogens that you need to worry about. It is important to remember that many hallucinogens do not cause serious long term effects other than psychological addiction, but there are some that cause more problems than others. Doctors have studied most of the well known drugs, the effects, side effects, and treatments are well known but some of them are not as well studied.

Morning glory seeds are readily available to the general public but are not usually a first thought for an illicit hallucinogen. It is because of this not many people have taken a look at its long or short term effects. They know that in high doses it produces graphic sensory distortions and hallucinations.

Unfortunately, those who take morning glory see for the hallucinogenic effects have to guess at the dose. Many wind up poisoning themselves because of inconsistencies in the LSA in each seed. Without proper knowledge morning glory is very dangerous to take. 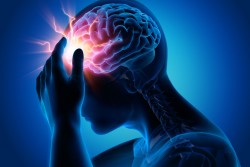 Overdosing on wormwood can lead to seizures, coma, and death.

Wormwood is one of the more well known herbal hallucinogens. A key ingredient in a popular drink called absinth. Absinth was banned because of the type of intoxication in produces but has recently made a comeback. Wormwood a key ingredient in absinth is also an intoxicant by itself. People use it as medicine, a relaxant, and as a hallucinogen.

Unfortunately, it is can be extremely toxic if the dosage is incorrect. In order to hallucinate on it, you essentially have to take enough to poison your brain. If you take too much it can result in seizures, coma, and death. If you take too little it does not cause you to hallucinate. The difference between toxicity and nothing is within a few grams.

True wormwood is very difficult to differentiate from other extremely poisonous substances. These substances can kill you in even small amounts. Amateurs should not mess with this substance.

Ergot is a fungus that is the original source of the popular hallucinogen LSD. It was also the source of many misconceptions in the past. People who ingested ergot, a mold that grows on rye seeds were plagued by horrific visions and sometime pleasant hallucinations. In the time before people knew what was causing these visions, people with ergot poisoning were put to death as witches, institutionalized, or killed.

Now those who lack the knowledge to extract the LSD from ergot find themselves in trouble when they take the raw fungus. It causes a number of psychiatric illnesses as well as convulsions, and eventually death you ingest enough of it.

What is so Bad about Hallucinogens?

Finding Treatment for Addiction to Any of These Hallucinogens

If you’ve been experimenting with these hallucinogens, they are very dangerous and sometimes addictive. If you find yourself in trouble with any of them call us at 800-592-1193 (Who Answers?) .