Misinformation is one of the reasons that many people end up using drugs. While there are some users that know the consequences and risks they take when using certain drugs, many choose to ignore them. Some may still not fully understand the facts, and often have been misinformed through myths shared from one person to another. PCP is one of those drugs that carry many misconceptions, knowing some PCP drug facts can help you or a loved one avoid the serious adverse effects.

According to the National Institute on Drug Abuse, PCP abusers are often brought to emergency rooms because of overdose or because of the drug’s severe unexpected psychological effects. While intoxicated, they may also become violent or suicidal and are therefore dangerous to themselves, and others. 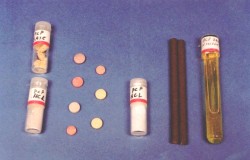 Although PCP was used in the 1950s as an anesthetic during surgery, and for other medical procedures to stop pain. It has been discontinued since 1965 due to the negative reactions some patients encountered –mainly the dangerous hallucinations they were experiencing.

Aside from the psychological effects that can cause a person to be hospitalized, there are several other facts that people usually are not aware of. Most of the misconceptions about the drug can be due to people not fully investigating all the data available. They listen to a friend that may have had (or what they perceived to have had) a good experience using it, so they think they will too. But, PCP is unpredictable and the effects can be disastrous for some.

Some PCP drug facts you may not know of include:

There may be other PCP drug facts that you or a loved one may not be aware of. The more educated you decide to become about PCP, the better the chances to avoid a life changing event that will only bring heartbreak. One of the main facts to remember -is that PCP is a very dangerous drug. And, using it can lead to fatal results.

Getting Treatment for PCP Use

If you or a loved one have been using PCP, then it is vital to know the facts and to understand how important it is to stop using it. No one can tell what kind of experience you will have from one moment to the next. If it has become hard to stop, the safest way is to seek treatment. Talk to a substance abuse specialist so you can get the information needed to take control of PCP use.