PCP is most widely known on the streets as angel dust, wet or illy. This dissociative drug was once widely used as an anesthetic agent but, upon medical professionals learning of the hallucinogenic effects that the drug had on patients and the post-operative side-effects that often developed, widespread use of PCP quickly diminished from the medical world. Since the drug was first synthesized in 1926, PCP has been used both in medical science and on the streets causing a wide array of potential complications and problems for society.

Phencyclidine, a complex mixture of chemicals that are synthesized to create a hallucinogenic colloquially known as angel dust or PCP, is a member of the dissociative anesthetics. This drug works by blocking the NMDA receptor to cause a series of hallucinogenic effects including euphoria, suicidal impulses and aggressive behavior. Unfortunately, recreational use of PCP is volatile and dangerous at best. According to the National Institute on Drug Abuse, users are likely to suffer an array of potentially dangerous side effects including convulsions, depersonalization and unpredictable behaviors.

PCP is a yellow oily substance that in pure form is typically dissolved in petroleum, diethyl ether or another substance. When mixed with hydrogen chloride gas, PCP will turn into a white or tan colored crystalline powder known as PCP hydrochloride. In this form, PCP is then administered into various drugs such as pills, crushed and snorted or injected to produce the euphoric effects and feelings of dissociation.

How PCP is Abused

On the streets, PCP is abused in a number of ways. The drug is often laced into pills such as ecstasy or other capsules. In the powder form, users may smoke PCP using a pipe or a cigarette. PCP is often mixed with water to create what is known on the streets as “embalming fluid” and then the liquid is dripped on a cigarette. When dry, the cigarette is smoked to produce the euphoric effects and hallucinogenic high that the user is trying to achieve.

PCP can be snorted or injected. When in powder form, also known as angel dust, very small amounts of the drug snorted through the nose produce an immediate effect. When injected, though not the primary method of use when abusing PCP, the drug can produce a number of potentially dangerous side effects for the user including risk of injection-site infection and immediate death.

Abusing PCP can lead to a wide range of side effects. The actual effects that a user will have can vary widely even from one use of the drug to the next. This is one of the primary reasons why hallucinogenic drugs like PCP are so dangerous. The unreliable nature of hallucinogens such as PCP can create serious consequences for the unsuspecting user even when the same drug has been used previously without harm.

Some of the most common effects of PCP include: 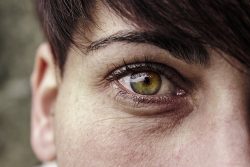 Delusions and hallucinations are common side effects of PCP.

The majority of the effects of PCP are behavioral and psychological in scope. The worst of the effects tend to arise when a user has taken a large dose of PCP or has abused the drug repeatedly over time.

Unfortunately, although most hallucinogens are not widely considered addictive, PCP does have a tendency to cause tolerance and tolerance is a key factor in determining whether or not a drug is addictive. PCP addiction can impact the user making it difficult for the user to achieve the high that they are aiming for and this may lead to increased use of the drug which poses serious dangers. When PCP is used in large doses or large amounts, there is an increased risk of overdose or serious side effects to occur.

Managing a patient who is under the influence of PCP can be challenging but there is help. Most of the time, treatment for the early stages of PCP addiction will include supportive care to ensure safety during detox. As the drug wears off, the user may be provided with various psychiatric medications such as benzodiazepines or antipsychotics to help control the presence of paranoia, anxiety, fear or any other psychotic symptoms which may be present during the early days or weeks following the decision to quit using PCP.

If you or someone you know is addicted to PCP, the best thing that you can do is seek immediate help so that you can begin to overcome the challenges of the addiction and prepare for the physical and psychological healing that is to come. You are not alone in your fight! PCP addiction can become a thing of the past with the right support, medical treatment and psychiatric care.