Understanding the facts surrounding hallucinogens and the use of these dangerous drugs can help you to thwart potentially serious consequences. While it may seem safe to use hallucinogens because they are mostly naturally occurring drugs or substances, there are extreme dangers with taking these drugs due to the variable and unreliable effects that hallucinogens tend to produce for the user. Unlike other drugs, hallucinogens have the potential to cause a wide range of effects even in the same user.

These hallucinogens facts are meant to provide you with a solid foundation of information that will help you to understand the dangers of using these drugs and the potential risks that you may encounter if you choose to use drugs such as LSD, PCP or mushrooms. 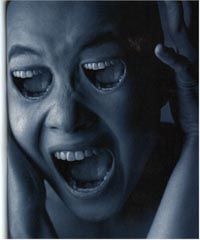 Hallucinogenics cause potentially harmful symptoms such as fearsome hallucinations.