These drugs are all hallucinogens, meaning that they cause strange behavior and “profound distortions in a person’s perceptions of reality” (NIDA). Any of these drugs will cause most of the signs and symptoms listed below. 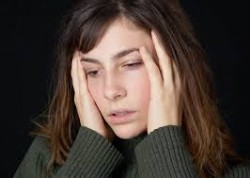 Paranoia and confusion are possible effects of hallucinogens.

There are physical signs that a person may be abusing hallucinogens. They are:

Physically, hallucinogens cause the body of the abuser to experience an increase of energy as well as a spike in blood pressure, body temperature, and heart rate. A person who is abusing hallucinogens will exhibit these signs when using the drug and then crash afterward.

PCP can also cause an extreme insensitivity to pain. Someone who is abusing PCP will often become extremely hurt and not realize it because he or she cannot feel the pain. This is a definite sign of hallucinogen abuse.

Hallucinogens cause many psychological problems for abusers which can often be observed in the individual’s behavior. Someone who is abusing hallucinogenic drugs will act very strangely. Often, the person on hallucinogens will exhibit signs of:

Someone who is abusing hallucinogens will behave strangely and will often act without meaning or warning. Because the psychological effects of hallucinogens are so intense, a person’s behavior when on these drugs will be the same.