During the holidays, there are many opportunities for drug use. The winter break and Christmas season has become a huge time for parties and raves. High schools and colleges are off for a few weeks and it is the perfect time for many to indulge in taking hallucinogens. Although according to the National Institute on Drug Abuse, hallucinogens are not addictive and will not kill unless there is an allergic reaction, there are some negative side effects that can happen.

Having a bad trip is a particularly dangerous effect of hallucinogens. Although a bad trip is not deadly, it can be both damaging and frightening. A bad trip happens when someone starts to hallucinate negative things. Bad trips are usually a consequence of negative emotions and negative suggestions while on a hallucinogen, usually LSD. Normally a bad trip ends without an incident but sometimes it has a lasting effect. The effect is called Hallucinogen Persisting Perception Disorder.

There is a slight increase in Hallucinogen Persisting Perception Disorder during the holidays due to the increase in hallucinogens being used. This disorder starts with continuous sensory issues and hallucinations. Although more rare, this disorder is very similar to schizophrenia and is often treated with antipsychotics. Hallucinogen Persisting Perception Disorder is incurable and normally results in a permanent disability. There are many who lose their homes and their jobs after consuming too many hallucinogens and having the line blurred between fantasy and reality. 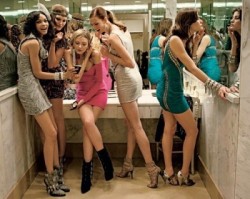 Flashbacks are another form of psychosis created by using hallucinogens. They are characterized by sensory disturbances like Hallucinogen Persisting Perception Disorder but these disturbances come and go. They are normally intense just after the hallucinatory experience and gradually fade with time. A normal flashback is usually something from the original experience only less intense. Flashbacks can be persistent as well. Sometimes they are extremely disruptive in daily life.

Dilution Due to Increased Demand

During the holidays, people tend to live to excess. They eat more, drink more, and take more drugs. Many young people choose to take hallucinogens during the holiday because of both the free time that they have and the fact that many say that Christmas lights and the holiday festivities are more pleasant.

Dealers normally cut their product with dangerous chemicals. These chemicals increase the chances of a psychotic episode happening. When usage increases the demand for the drugs increase and dealers will cut their product with more and more chemicals in order to make it stretch further. Unfortunately, this has some dangerous consequences, increasing the risk of psychosis, permanent hallucinations, and flashbacks.

Fortunately, there is help for those who suffer from psychosis. There are both inpatient and outpatient solutions as well as medication management. The unfortunate increases in psychotic breaks around the holidays are due to increased usage, increased stress, and increased chemical dilution of the hallucinogens. For more information about treatment for these issues call us at 800-592-1193 (Who Answers?) .