Hallucinogens are a popular form of drug among many different populations. If you are around them for long you will hear that many hallucinogens have no lasting consequences. This is only partially true. The long term effects are often rare but there are lasting effects. Many of the long term effects have not been adequately studied to determine how frequently they occur According to the National Institute on Drug Abuse, hallucinogens have several very specific and sometimes unexpected long term consequences.

Long term extended use of most of the hallucinogens leads to heart damage. Although it is difficult to tell if this damage happens because of the hallucinogen or if it may have occurred naturally, more studies need to be done on this effect.

There is a disorder associated with hallucinogen use called Hallucinogen Persistent Perceptive Disorder. It mimics schizophrenia, so it may be misdiagnosed as such in many patients who use hallucinogens. 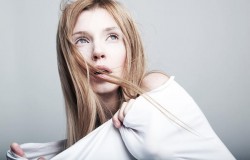 Hallucinogen use can make you delusional, but is often not a permanent side effect.

Although often not permanent, delusions are noted as a long term effect of hallucinogens. These might be delusions of abilities or spiritual delusions. They manifest in different ways depending on the person.

Paranoia can be permanent or temporary but it is often present in those who use hallucinogens regularly. It is unclear whether this paranoia comes from constantly fearing discovery or from the drug itself.

Speech problems develop over time with hallucinogen use. These speech problems are sometimes a physical problem where the person cannot speak correctly. Sometimes they are the inability to make your thoughts understood through speech.

Long term heavy use of hallucinogens cause learning disabilities and difficulties. These are also a long term effect of using hallucinogens at a young age. Most people do not notice this unless it is severe.

Over time heavy hallucinogen use leads to a decrease in the ability to think or reason. Many doctors believe this is due to the delusions and hallucinations that people experience during the trip. This cognitive decrease is also seen in those who start using hallucinogens at a very young age.

Memory loss is very common during hallucinogen use and is one of the after effects of it. Most people forget what happened while they were on the hallucinogen and may never be able to retrieve the memories. Depending on which drug they took, the memory loss can create an issue with other parts of their memory or their ability to form new memories.

10. Inability to Relate to Others