Best known for the mind-altering experiences they induce, hallucinogen drugs amplify a person’s sensory perceptions to the point where he or she starts to see, hear and/or feel things that aren’t real. Hallucinogen effects can also incite delusion-based thinking as well as alter a person’s sense of self-awareness, according to Bryn Mawr College.

These effects in general can produce transcendent-like experiences, opening one’s mind to new understandings and perspectives; however, at any given time, users may also experience “bad trips” made up of frightening renditions of a their deepest, darkest fears. In order to alter the mind’s perceptions of reality, these drugs interfere with the brain’s chemical processes in dangerous ways.

Some of the more commonly used hallucinogens include:

When hallucinogen abuse becomes an issue, drug effects can leave lasting impressions on the brain’s overall workings, compromising a person’s mental health in the process. While not nearly as addictive as other types of drugs, such as opiate and stimulants, hallucinogen abuse can lead to addiction over time when left untreated. 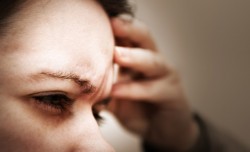 People who engage in hallucinogen abuse can develop a condition known as Hallucinogen Persisting Perception Disorder, or HPPD. In effect, users begin to experience certain residual drug effects on a regular basis. HPPD effects typically take the form of:

According to the Journal of Drugs and Alcohol Dependence, these residual effects reflect a state of chemical imbalance in the brain and can persist long after the drug wears off. Any one of these effects can happen at random, which can be dangerous when carrying out certain everyday tasks, such as driving.

Risks factors for developing mental health complications and/or HPPD include the following:

While frequent hallucinogen abuse greatly increases the likelihood of developing HPPD, a person can in fact contract the condition as of the first time using one or more hallucinogen-type drugs, according to Western Carolina University. Overall, much of the danger involved hallucinogen abuse has to do with the unpredictable effects these drugs cause as well as how any one drug may interact with each person’s physiological makeup.

When to Get Help

In general, the damaging effects of hallucinogens result from their impact on serotonin processes in the brain. Serotonin, one of a handful of essential neurotransmitter chemicals plays a central role in regulating mood state, thinking processes, perception and reasoning. With ongoing hallucinogen abuse, damage done to these processes inevitably affects a person’s mental health as well as his or her emotional well-being.

If you or someone you know struggles with hallucinogen abuse and have further questions about its effects on mental health, please don’t hesitate to call our toll-free helpline at 800-592-1193 (Who Answers?) for more information.