A person can become dependent on MDMA, commonly referred to as ecstasy or molly, and this dependency can cause the individual to experience severe withdrawal when the drug is no longer in their system. According to Brown University, “A study of young adult and adolescent ecstasy users found… almost 60% of users reported both physical and emotion withdrawal symptoms.” But how is MDMA withdrawal treated?

According to the National Institute on Drug Abuse, “There are currently no pharmacological treatments for dependence on MDMA.” However, some instances may call for medications that can be helpful in minimizing specific withdrawal symptoms. The most common symptoms associated with MDMA withdrawal include:

Many of these symptoms cannot be treated pharmacologically, but individuals who have problems sleeping may be given medication in treatment. If depression or anxiety becomes especially severe, an individual may be treated for these issues with medication as well. It is also important that someone experiencing suicidal thoughts is not refused the prescription of antidepressants because their depression may be fully related to their drug abuse. 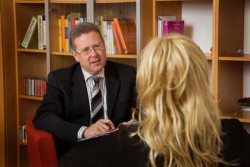 Because many of the issues associated with MDMA withdrawal are emotional and psychological, therapy can be a wonderful asset to an individual’s treatment program. Cognitive-behavioral therapy has been used for a long time in the treatment of addiction syndromes, and its ability to help patients recognize and fight triggers can be extremely helpful. This therapeutic option can help fight relapse and can even uncover other issues often experienced by individuals who regularly abuse dangerous drugs like past trauma or mood disorders.

In many cases, holistic treatments can also be incredibly beneficial, especially for adolescent and young adult users. While the drug is now being abused by a wide range of individuals of all ages, young people are still the majority of those who abuse ecstasy, and certain holistic modalities can be more effective in treating individuals at a young age.

For example, as stated by the NIDA, “The expressive arts program provides a means of accessing feelings that adolescent clients may otherwise deny, suppress, or lack words to describe.” This can often be much more effective for the treatment of adolescents than talk therapy, especially at first, allowing the individual to learn to open up as they become involved in the arts.

Usually, the most serious complications are associated with the depression caused by MDMA withdrawal. However, if the individual is being treated with counseling––and possibly pharmacological methods when necessary––they can safely weather the storm of ecstasy withdrawal.

Over time, the serious issues of the withdrawal syndrome wear away, and the individual is able to live their life safely again. “Research thus far on MDMA’s addictive properties has shown varying results,” but the drug does cause a severe withdrawal syndrome in many which should be treated professionally and can be treated alongside other drug addiction syndromes in polydrug abusers (NIDA).

Are You Dependent on MDMA?

Call 800-592-1193 (Who Answers?) . We can help you find a rehab center in your area where you can receive the care you need for your MDMA withdrawal and where you can start your recovery from this dangerous drug today.