If you’re a user of hallucinogenic drugs, you may be under the comfortable illusion that these substances don’t cause problems in society.

Unfortunately, you are wrong.

Hallucinogenic drugs are directly linked to rises in criminal activity. While this shouldn’t really be shocking, many drug users don’t even realize just how dangerous they become when they get high.

Still uncertain how harmless hallucinogens could be causing a rise in criminal activity? You really shouldn’t be, since these drugs are known to have harmful effects on the mind.

Just 20 to 90 minutes after a person ingests hallucinogenic drugs, they will begin to see, hear, and feel things that do not exist. These experiences cannot be predicted and can drastically affect how a person acts.

While some people are lucky enough to have an enjoyable trip, many people succumb to bad trips filled with terrifying hallucinations, feelings of despair and anxiety, and even temporary insanity.

When a person is feeling like this, they might often commit violent crimes without even realizing what they are doing. For example, they might attack others in an attempt to defend themselves against imaginary monsters.

On a long-term basis, hallucinogens have been shown to give people persistent psychosis that results in constant paranoia, visual disturbances, and disturbances in mood. These symptoms can also contribute to criminal behavior since people might begin to lose the grip on what’s real and what’s imaginary.

Struggling with the mental effects of hallucinogens? It’s time to get help before it’s too late and you hurt someone on your next high. 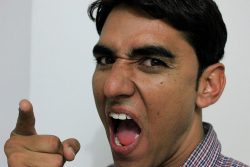 Hallucinogenic drugs can cause mood disturbances and violent behavior.

Drug Use in Prisoners

If you don’t think drugs are related to increased crimes, think again. One study showed that 18 percent of federal inmates committed their crimes in order to get money to pay for drugs.

Unfortunately, hallucinogenic drug use in prisoners is particularly common. Statistics from 1996 show that 1.4 percent of inmates were high on hallucinogens when they committed their crimes. That number rose to 1.6 percent in 2002.

There have been more and more hallucinogen-related incidents in the news as crimes begin to increase.

One of the most memorable incidents in recent times was the bath salts zombie man in Miami. In 2012, a man who was high on bath salts ran naked through the streets and eventually tried to eat another man’s face. He had absolutely no idea what he was doing and resisted arrest, growling at officers.

In a separate case, a man from Scranton attacked a priest after taking too many bath salts.

More recently, a suspect high on bath salts stabbed a couple to death and then began to eat their faces.

This is why it’s so important to stay away from hallucinogenic drugs. When you take them, you aren’t just putting yourself at risk – you’re putting everyone around you at risk.

If you need help getting away from the influence of hallucinogens, please call us at 800-592-1193 (Who Answers?) . Our experts can give you more information about just how harmful these drugs can be.