PCP, also known as phencyclidine, belongs to the dissociative class of hallucinogenic drugs. Originally developed as a general anesthetic for humans and animals in the 1950s, adverse aftereffects saw PCP use in humans discontinued soon thereafter. Likewise, PCP’s use as an animal tranquilizer is rare.

According to the National Highway Traffic Safety Administration, PCP is a synthetic drug, typically made in underground laboratories. As with most hallucinogens, PCP effects can vary with each successive use of the drug.

PCP drug facts you need to know address the user groups most likely to use this drug. PCP drug facts also depict the harmful effects of the drug as well as the potential long-term conditions that can result from frequent PCP use. 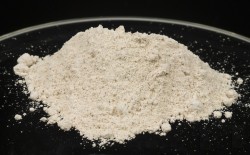 An estimated 3% of Americans have tried PCP in their lifetime.

PCP drug facts show certain user groups tend to gravitate to PCP more so than others. According to the National Drug Intelligence Center, teenagers and young adults make-up the largest user groups, with an estimated 225,000 teenager and 777,000 adults aged 18 to 25 having tried the drug at least once in their lifetimes. PCP drug facts on high school students in particular show more than three percent report using the drug at least once in their lifetime, with over one percent having tried it in the past year.

While PCP has been around since the 1960s, today, this drug is disguised and sold under different names, some of which include:

These different guises reflect that wide range of methods for using this drug. The drug itself comes in powder and liquid forms, making it possible to mix PCP in with any number of other drugs, such as marijuana, tobacco and cocaine.

PCP drug facts show potency levels vary considerably from preparation to preparation. Since no standard formulations exist, PCP sold on the street may contain any number of harmful byproducts.

Another byproduct known as PCC exists as a precursor to PCP. PCC is actually more toxic than PCP in that it releases cyanide gases when smoked. PCC appears in an estimated 20 percent of samples sold on the street.

PCP Effects on the Brain

A PCP “high” essentially severs a person’s consciousness from his or her surrounding environment much like an anesthesia does. PCP produces hallucinogenic, stimulant, sedative and anesthetic effects all at once. This wide range of effects accounts for the vivid hallucinations and sensory distortions users experience.

With frequent and ongoing use, the potential long-term effects of PCP can greatly compromise a person’s physical and psychological well-being. PCP drug facts show a range of long-term effects, some of which include:

All in all, PCP drug facts serve as a warning in terms of the far-reaching effects PCP can have on a person’s overall quality of life.