Hallucinogens produce effects unlike any other type of illicit drug. Hallucinations, out-of-body experiences and visions most characterize the effects of hallucinogens.

The three groups of hallucinogen drugs are named accordingly, with each type producing effects that correspond with its name:

According to Bryn Mawr College, these effects stem from spikes in brain neurotransmitter levels, most notably serotonin levels. With repeated drug use, the effects of hallucinogens offset the brain’s natural chemical balance, which can lead to dire consequences down the line.

Hallucinogen Persisting Perception Disorder, or HPPD involves ongoing distortions within a person’s visual field, typically brought on by repeated psychedelic drug use, according to Columbia Health. Distortions may take the form of:

These effects of hallucinogens can persist for six months to a year, though in cases of chronic drug use, these effects can be permanent. Normally, the brain’s visual cortex filters out distortions in vision, but loses this ability over time with frequent hallucinogen use.

A hallucinogen “high” can produce intense sensory and emotional experiences that stay with a person much like any other intense experience in “real life.” Flashbacks entail re-experiencing the effects of hallucinogens in the absence of the drug.

People who ingest large quantities of drugs at a time are more likely to experience ongoing flashbacks, which can occur at any time. Flashbacks can become especially distressing in cases where the experience originates from a bad drug “trip,” which is common with hallucinogen use. 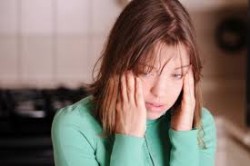 One of the effects of hallucinogens is depression.

In general, the ongoing disruption in brain chemical processes can offset any number of brain functions. In effect, an imbalance in one chemical level has a domino effect on other chemical outputs.

Consequently, with ongoing use, the effects of hallucinogens can lead to memory problems as chemical imbalances become more pronounced. Likewise, users may also have difficulty concentrating, limiting their ability to stay focused on any one task but for so long.

Considering how unpredictable the effects of hallucinogens can be, the damage caused can take any number of forms whether short-term, long-term or permanent.