Hallucinogenic agents exist in plant-life as well as in synthetically made drugs. Peyote, one of the more well known hallucinogen drugs, comes from three varieties of cactus plants, commonly found in the southwestern region of the U. S. and Mexico:

According to the University of Maryland, button-like protrusions found on these plants contain a substance known as mescaline. While technically classified as an amphetamine, mescaline also produces intense hallucinogenic effects. 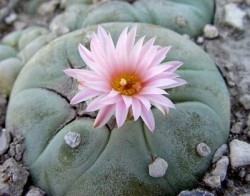 In general, hallucinogens carry a low addiction risk, though this risk increases substantially with regular use. That being so, peyote drug effects can severely warp normal brain functions, which poses certain dangers under the right sets of circumstances.

Peyote falls under the psychedelic category of hallucinogen drugs.

Peyote drug effects alter a person’s cognitive, emotional and perceptual experience. The effects experienced can vary depending on dosage amount as well as on each person’s:

The mescaline component responsible for peyote drug effects has a chemical structure that’s similar to dopamine and norepinephrine, both of which are vital brain neurotransmitter chemicals. These similarities account for peyote’s ability to alter brain chemical processes.

The various factors that influence peyote drug effects (personality, drug history, expectations and environment) can cause a person to experience a bad trip or “high” when using this drug, according to the U. S. Drug Enforcement Administration. Bad trips tend to produce:

Bad trips typically happen in cases where someone’s depressed or angry when using the drug. Under these conditions, a person may become a danger to him or herself as well as others.

More than anything else, peyote drug effects can severely impair a person’s psychological make-up, especially in cases of long-term and/or frequent drug use. Continued drug use results in widespread chemical imbalances in the brain, which can persist for months or even years after a person stops using.

Long-term peyote drug effects may include:

Peyote’s addiction potential corresponds with how long and how often a person engages in drug use. Over time, peyote drug effects essentially reconfigure brain chemical pathways, which cause physical dependency and addiction to develop.

With repeated daily use, a person can develop a tolerance and subsequent dependency on peyote within three to six days. From there, ongoing drug use will surely set the stage for addiction to take root.