Hallucinogens encompass a wide range of natural and synthetic drugs with “club drugs” being the newest varieties on the market. Most all hallucinogens produce unpredictable effects, many of which can be dangerous, and even deadly.

While not as addictive as opiates or stimulants, these drugs come with their own sets of risks depending on the type of drug used. Some of the more commonly known hallucinogens include:

For regular hallucinogen users, the likelihood of experiencing the worst of what these drugs have to offer runs high. Before long, adverse effects become glaringly apparent at which point hallucinogen abuse practices may well warrant needed treatment help.

According to the National Institute on Drug Abuse, most all hallucinogens have chemical structures resembling the brain’s own neurotransmitter chemicals. These similarities account for a drug’s “high” effects as well as the dangers that come with hallucinogen abuse.

Certain hallucinogens like LSD and peyote work by disrupting communications between nerve cells while disrupting serotonin activities. As a neurotransmitter chemical, serotonin plays a part in regulating sensory perceptions, emotions, behavior as well as a range of regulatory systems, some of which include:

Other hallucinogens, such as PCP, alter glutamate chemical output in the brain, which affects a person’s ability to perceive pain, interact with the surrounding environment and also impairs learning and memory processes. 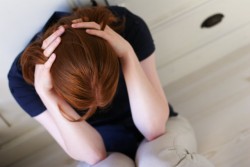 Hallucinogens can cause panic attacks.

Short-term dangers associated with hallucinogen abuse can vary depending on which neurotransmitter systems are most affected. One thing that all hallucinogens have in common is their ability to produce the occasional “bad” trip, which stems from the unpredictable nature of these drugs.

According to Bryn Mawr College, “bad trips” can bring on any number of unpleasant experiences, including:

Also, certain hallucinogens, like LSD and ketamine, only require small, miniscule amounts to produce powerful effects. This means, a slight miscalculation in measure can trigger an overdose episode and even death.

Long-term hallucinogen abuse practices essentially rewire the brain’s chemical pathways and overall structure as neurotransmitter levels skew further and further out of balance. Even after a person stops using, he or she may experience flashbacks of past drug “trips”, drastic mood swings and impaired thinking processes.

According to the U. S. National Library of Medicine, it’s not uncommon for long-term hallucinogen abuse to leave users with a condition known as hallucinogen persisting perception disorder or HPPD.

Symptoms of HPPD include:

This condition can persist for months or even years after a person stops using.

When to Seek Hallucinogen Treatment Help

Once hallucinogen abuse practices reach a certain point, users start to have difficulty carrying out the affairs of daily life, such as work, driving or running a household. A person not experiences shifts in his or her sensory perceptions, but may also experience emotional difficulties as well.

Signs that it’s time to consider getting help include:

Ultimately, the longer a person goes without getting needed hallucinogen treatment help the worse these signs become.