Amphetamines are a class of drugs that speed up or enhance brain and central nervous system functions. They are mostly prescribed to treat ADD or ADHD, narcolepsy, and obesity, but, like the illicit and synthetically produced amphetamines, methamphetamine and Ecstasy, amphetamine drugs are often abused recreationally for their abilities to increase euphoria, energy, and elevated moods.

Signs and symptoms of amphetamine overdose are both physical and psychological and while not always fatal, the impact on long term health can be life-altering. 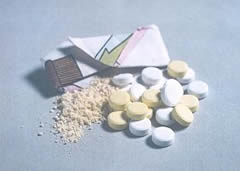 Use of amphetamines beyond their intention can lead to overdose.

When these drugs are taken in dosages beyond the normal therapeutic levels or by someone for whom they were not intended (such as someone who isn’t suffering from the challenges associated with attention deficit disorders), even the smallest dose of amphetamine can have unpredictable consequences, including amphetamine overdose.

According to the Drug Abuse Warning Network (DAWN), the estimated number of emergency department (ED) visits for nonmedical use of pharmaceuticals involving amphetamines rose 650% between 2004 and 2011 with the number of visits increasing from 2,303 in 2004 to 17,272 in 2011.

For many amphetamine users the need to repeat dosages and use more of the drugs to feel the effects often leads to alternative routes of administration such as snorting or intravenous injection. This rapidly increases the effects of the drugs and the possibility of compromised health issues adding to the overdose risks.

Certain HIV medications can increases overdose risk and using amphetamines in combination with other drugs or alcohol is definitely, dangerous. Unfortunately, this is one of the most common reasons for amphetamine overdose.

Signs and Symptoms of Amphetamine Overdose

Amphetamines speed up systems throughout the body raising temperature, heart rate, blood pressure, and respiration. They also have a profound effect on neurological systems and can cause major disruptions and damages in the brain and central nervous system affecting every other bodily system and organ.

Signs and symptoms of amphetamine overdose include: