LSD – D-LYSERGIC ACID DIETHYLAMIDE is a well known and potent psychedelic drug that alters the thinking process by temporarily interfering with neurotransmitter functions or receptor bindings in the brain. LSD was discovered in 1938 by Albert Hofmann. It is a hallucinogenic drug manufactured from lysergic acid found in ergot, a fungus which grows on rye and other grains.

LSD has been used for its psychedelic properties in psychiatric medicine as a therapeutic agent and for spiritual purposes and has been known to be an effective treatment for obsessive compulsive disorders (OCD’s). LSD users may experience visual distortions in the size and shape of objects, movements, color, touch, sound, or their own body image.

Users may report “seeing sounds” or “hearing colors” but, unlike most drugs, the effects of LSD are highly variable and unreliable, having different effects in different individuals and depending on the dosage taken. The unpredictable nature of the use of any hallucinogen can be dangerous. Experiences are often referred to as “trips and usually last 10 – 12 hours. 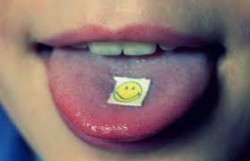 In a Drug & Chemical Evaluation Report by the Drug Enforcement Administration (DEA), a2011 National Survey on Drug Use and Health (NSDUH)” indicated that 23.0 million people in the U.S. population, aged 12 and older, used LSD in their lifetime.”LSD is abused for its hallucinogenic effects and for its ability to alter human perception and mood. It is commonly used in connection with “raves”, nightclubs, and concerts to intensify and enhance those events.

While it has no addictive properties, an LSD tolerance can be developed quickly, although it usually dissipates within just a few days depending on the user, their dosages and frequency of use. Long term tolerances are uncommon because users do not frequently repeat doses of LSD without taking breaks in between.

A tolerance can be developed to the behavioral effects after just a couple of doses, but users quickly realize that their dosages, even tripled, may not produce the effects they want until they stop using the drug for a while. LSD has no withdrawal symptoms and users can easily discontinue use for a few days or weeks without these symptoms.

The longer the duration between dosages, the less LSD the user needs for their next “trip” because the tolerance eventually dissipates. Although LSD is not considered an addictive drug, since it does not produce compulsive drug-seeking behavior, repeat LSD users do “mark that time” when their LSD tolerance is at its lowest and when they think they can get their next big “trip”.