Hallucinogens have short term and long term effects, both of which can be dangerous when these drugs are abused. Most hallucinogens are listed under the Controlled Substances Act as Schedule I drugs because they cause intense side effects that can be harmful to the user. According to the NIDA, “Experiences are often unpredictable,” and it is important to have all the facts about what might occur when first taking hallucinogenic drugs. 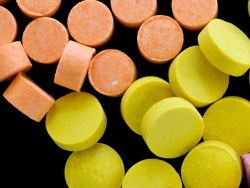 This class of drugs includes substances such as LSD, PCP, peyote, psilocybin mushrooms, and salvia (though it is not limited to just these). “Ingesting hallucinogenic drugs can cause users to see images, hear sounds, and feel sensations that seem real but do not exist.” Because of the extreme psychological effects of hallucinogens, these drugs are considered to be very dangerous, although many individuals take them for exactly these reasons.

Some of the common psychological effects of hallucinogens include:

Hallucinogenic drugs also cause strong physical effects that are not usually taken into account (as most users take the drugs for their psychological effects). These can include:

For the most part, these side effects are not dangerous, although they can be depending on the person’s whereabouts. It is dangerous to drive while under the effects of hallucinogens, as the drugs cause decreased concentration, confusion, vision problems, and physical illness. If a person begins to undergo extreme side effects (such as falling unconscious and experiencing a seizure), make sure to bring them to the hospital right away. Sometimes, these side effects can be deadly.

Hallucinogenic drugs can cause severe behavior, mostly due to their psychological effects. However, this often depends on the individual’s experience and the intensity of the drug. For example, LSD and PCP can cause much more severe psychological reactions in most individuals than salvia. Still, any hallucinogenic substance may cause frightening or upsetting thoughts or visions that could lead to dangerous behavioral reactions.

According to the University of Hawaii, “If someone is having a bad trip, you can help by calmly reassuring them.” But if they begin to become extremely agitated, angry, or hostile, it may be necessary to call for help. Some individuals, especially those under the influence of PCP, become violent and even homicidal or suicidal. Self-mutilation is another factor that may occur, especially if the individual becomes depressed as a result of the drug’s effects. If you believe the individual is in danger (or that you may be), it is important not to engage with them but to call for help immediately.

Because there is never a way for you to know how a particular drug will affect you at a certain point in time, it is important to be aware of the short-term dangers of abusing hallucinogens. While some individuals enjoy the effects, even taking these drugs in the short term can be harmful, and knowing the risks may help you save someone’s life.