LSD is the most commonly abused hallucinogenic drug. LSD, which is also known as acid, is a manmade drug that comes from a fungus that grows on grains, such as rye. LSD is an illegal drug that causes long lasting delusions and hallucinations.

LSD is created by people by mixing the ergot fungus with other powders and chemicals and is usually sold in gelatin squares or in pill format. People use LSD for its hallucinogenic effects and for a detachment from reality. The delusional world the person experiences when they are under the influence of LSD can either be fun and exciting, or it can be terrifying.

When a person takes LSD their experience on the drug is called a ‘trip.’ During their trip a person may become immobilized and sit in one spot for hours seeing and experiencing unrealistic things, or a person can become extremely physical, especially if they are having a bad trip, and can act irrationally and dangerously to their surroundings and to other people. 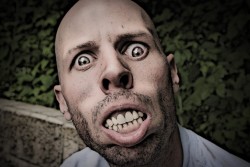 According to the National Drug Intelligence Center, the effects LSD has on a person are unpredictable and can be influenced by the environment and the amount of LSD taken, as well as the user’s mood, personality, and their expectations for their LSD experience. Some users of LSD have a feeling of despair while they are on the drug, while other users have reported experiencing terrifying fears, such as dying or going insane. In addition, some individuals have fatal accidents while using LSD.

LSD Effects on a Person

Every person’s LSD experiences will be different; some people extremely enjoy the effects of the drug while other people have horrifying experiences with the drug. Once a person takes LSD the drug will begin to disrupt their brain chemicals, specifically their reward system and serotonin, which will cause them to start hallucinating and will impact their behavior and their mood.

According to the National Institute on Drug Abuse, a person on LSD may feel various different emotions at one time or may rapidly change emotions. When taken in large doses, the drug will produce delusions and the user’s sense of time and reality will become altered. In addition, a person who abuses LSD can experience flashbacks while on the drug, even after the drug has left their system. Flashbacks can occur quickly without any warning, and can happen months or even years after a person has used the drug.

Prolonged use of LSD can permanently impair a person’s brain chemistry. LSD is a dangerous drug, which is mostly because the effects of the drug are unpredictable and have resulted in many cases of people hurting themselves or hurting others; some cases of LSD use have ended in fatalities.