LSD, more commonly known as acid, is the most powerful and most widely distributed and abused hallucinogenic drug. LSD is illegally manmade in laboratories and when taken will cause a person to experience distorted perceptions of reality and see hallucinations for several hours at a time.

People abuse LSD to escape reality and to experience something that is practically unimaginable. When a person uses LSD and begins to experience the drug’s effects, it is known as a trip. The term ‘trip’ is understandable being that the user may adventure on to a different world when they are on the drug. However a person’s trip on LSD may not be a pleasant experience and this is known as a bad trip.

According to the National Drug Intelligence Center, LSD’s effects on a person are unpredictable and are influenced and can be changed by the environment the person is in when they are on a trip from the drug. In addition, the user’s mood when they take the drug and the user’s personality also influence the effects the drug will have on them. Some users of LSD have reported experiencing terrifying hallucinations or fearing that they are going insane while they are on the drug, and some users have life-threating accidents while using the drug. 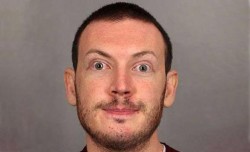 Dilated pupils are one symptom of acid use.

LSD’s main ingredient that causes the hallucinations is a fungus called ergot that grows on grains such as rye. Manufacturers of LSD mix the fungus with other ingredients to create LSD, but because LSD is manmade, a user can never be certain of what they are putting into their body when they use the drug.

The Symptoms of LSD Use

When a person is using LSD they will not be able to hide the effects of the drug. A person using LSD may not have any type of control over their actions and may not even know who they are or who the people are around them; they may even view the people around them as enemies.

When a person has LSD in their body, their pupils will be dilated, their equilibrium will be skewed, their speech may be disorganized, they may sit or stand in one spot for hours, they may not consume any food or drink, and their behavior may become rapidly violent or dangerous for no apparent reason.