Acid is the popular nickname for a drug called LSD, which belongs to a class of drugs called psychedelics. Psychedelics drugs are known to affect the mind and cause both dissociation and hallucinations. According to the National Institute on Drug Abuse, LSD is not an addictive drug because it does not create the compulsion to seek the drug out. Only very rarely is drug seeking behavior seen in LSD users. In order to understand why acid is a drug, you need to know what it is, what its short and long term effects are, the types of treatment, and how to find help.

Acid is another name for LSD a potent hallucinogen discovered in the 1930’s while scientists were looking for a respiratory stimulant. People use LSD for both its hallucinogenic properties and because it is said to expand consciousness. Most people who try LSD describe the experience as eye opening and pleasant but as with anything there are positives and negatives to using LSD. These positives and negatives are:

Along with these positives and negatives, there are also some short and long term side effects to taking this very powerful drug.

Short Term Side Effects of Acid 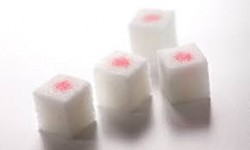 One short term effect of acid is hallucinations.

There are many short term effects of doing acid. When you are actively using acid, people call it tripping or a trip. During the trip, you can experience:

Most of these side effects go away quickly after the drug leaves the system. Fortunately, acid has a short half life and only stays in the system a very short time. This means that the likelihood of overdose is very low.

Long Term Side Effects of Acid

The long term side effects of acid vary depending on the person, how much acid they took, and how long they have taken LSD for. Many people only experience very minimal long term effects, while others have a more severe reaction.

The long term side effects of acid are:

According to the Substance Abuse and Mental Health Services Administration LSD is a very powerful psychedelic and a hallucinogenic drug. If you are one of the few that developed at psychological addiction to acid, it is important to seek help. The longer someone takes acid, the higher the risk of developing these severe long term effects.