According to a study from the NCBI, “Tolerance is defined as a decrease in responsiveness to a drug after repeated administration.” It usually occurs when a person takes a drug, in this case LSD, chronically or repeatedly over a period of time. When a person becomes tolerant to the effects of LSD, it means that they will:

“Tolerance to the behavioral effects of hallucinogens occurs in humans and animals,” so those who abuse LSD in large doses or regularly will begin to feel these effects. As stated by CESAR, “Tolerance to LSD develops rapidly” when compared to the same issue in the abuse of other drugs. Those who abuse LSD should be aware of the possibility of tolerance, but it is not always enough of a demotivator, especially for those who are already chronically abusing the drug.

Why is LSD Tolerance Dangerous?

Tolerance for drugs of abuse is always a dangerous symptom. While addition is often a likely effect of or simultaneous condition with the development of tolerance, CESAR states that LSD tolerance “does not produce compulsive drug-seeking behavior that is typical of addictive drugs, such as crack and heroin.” Even though this may make LSD tolerance seem safer than tolerance to other drugs, there are even more issues involved in LSD tolerance. 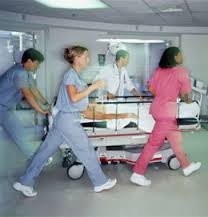 Having a tolerance to LSD may make a person take too much of it and have a bad reaction.

For example, the NHTSA states, “Cross-tolerance with mescaline and psilocybin has been demonstrated in animal models.” This means that a person who becomes tolerant to LSD has a good chance of becoming tolerant to these other substances as well. Therefore, someone who might try to take mescaline or psilocybin as a way to get around their LSD tolerance might take more than they should and end up overdosing.

Overdose is also possible for someone who becomes tolerant to LSD. While drug-seeking behavior is not common in LSD tolerant individuals, there is still a possibility that, one day, a person may take too much of the drug and end up overdosing. All it takes is one time and, according to a study from the NCBI, a person may overdose on LSD and experience:

Overdose on LSD can be dangerous, like overdose on any drug of abuse can be. And because there isn’t a substantive amount of knowledge about LSD overdose, users may not believe it exists and take too much of the drug in one sitting to combat LSD overdose.

Also, while LSD is not particularly considered to be an addictive drug, tolerance is one of the only signs that heavy LSD abusers exhibit that points to addiction. It may not be possible to be addicted to LSD because it does not cause compulsive drug-seeking behavior, but tolerance is a dangerous effect of LSD abuse.