Lysergic acid diethylamide, abbreviated LSD is a hallucinogen drug that is known for its psychedelic effects. In the 1960’s LSD was popularized because researchers were using it for various psychotherapy purposes and experimentation with psychoactive drugs became predominant during the 1960’ counterculture. LSD is synthetically made from the fungus that grows on rye, ergot. It produces altered senses of time, reality, space, and self with possible hallucinations. LSD is currently classified as a Schedule I drug and according to the Drug Enforcement Administration, “LSD is a potent hallucinogen that has a high potential for abuse, but currently has no accepted medical use in treatment in the United States.”

LSD “trips” are unpredictable. In some, it may produce a pleasant and “enlightenment” experience and in others, pure terror, that goes on for up to 12 hours. LSD induces a heightened sensory awareness accompanied by reduced ability to control what is experienced. The LSD “trip” is made up of perceptual and psychic effects. Depending on the dose taken and the surrounding environments as well as the stability of the person’s mental health, the person can have a “good trip” or a bad one, but, no one can be sure of what the effects may be.

The user may experience visual distortions in the size and shape of objects, movements, color, sound, touch, or their own body image. They often report “hearing colors” or “seeing sounds.” Other psychic effects may include intensified emotions, sudden and dramatic mood swings, hallucinations and distortions of time, space, objects, self, reality, and depersonalization or the sense of being ”outside of the body”.

Recognizing LSD Symptoms of Drug Use 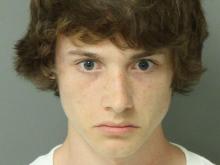 Having dilated pupils and being out of touch with reality are signs of LSD use.

There are many physical and psychological side effects that are common among LSD users and the following may be helpful indicators in recognizing LSD symptoms of drug use: