Peyote (Lophophora williamsii) is a cactus native to the Sonoran Desert and grows wild in the southwestern United States and Mexico. The main psychoactive chemical is mescaline which produces hallucinogenic effects such as illusions, hallucinations, and altered perceptions of reality including, space, time, and body images.

History of Peyote Use

For centuries, peyote has been used as a physical and spiritual medicine in Native American culture. In peyote rituals, the user experiences feelings of inner tranquility, heightened awareness, oneness with life, and rapid thought processes throughout altered states of consciousness. The experiences are thought to provide spiritual enlightenment and to gain insight into unconscious teachings from the peyote experience.

Today, peyote is classified as an illegal substance except for sacramental use by the Native American Church and its members in parts of the United States and western Canada. 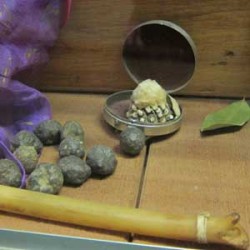 Peyote use can lead to tolerance and dependence.

With repeat and daily use, tolerance to peyote or mescaline can develop rapidly and may occur within 3-6 days. Once a tolerance is developed the person will have to remain abstinent from hallucinogens, including those that have a cross tolerance such as LSD and psilocybin, for several days before they can restore desired sensitivity to the hallucinogen effects.

Peyote tops, known as buttons, are eaten, brewed into tea, or their powder may be packaged into capsules that are orally ingested. It can also be sprinkled on leafy substances such as tobacco or marijuana and smoked.

Many hallucinogen abusers have co-occurring mental health or substance abuse disorders, and some abusers are more likely than others to abuse hallucinogens because of environmental and societal influences. Abuse of mescaline from the peyote cactus is generally, limited, due to geographical availability to certain populations.However,mescaline can be synthetically produced and this type of mescaline may have more abusive potential because of greater ease of access.

According to the Center for Substance Abuse Research, “The chemical structure of mescaline is very similar to that of the neurotransmitters dopamine and norepinephrine, thus the drug can interfere with their actions in the brain.” Extensive abuse may cause psychological impairments such as cognitive difficulties, memory loss, unexpected flashbacks, paranoia, and other psychosis resembling schizophrenia.