Peyote is typically found in the Southwestern United States and in Mexico. Peyote is a cactus that barely grows an inch above the surface. On the crown of the cactus there are round buttons shaped like disks that contain an ingredient called mescaline. Mescaline is the chemical that causes a person to experience hallucinations.

Peyote is a commonly abused hallucinogen and since the drug has been legally allowed in Native American rituals, some people think that taking the drug is less harmful than other drugs. Peyote is not a clinically tested drug and how a person will react to the drug is impossible to determine. 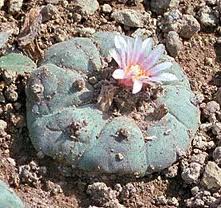 There is no way to reverse the effects of peyote. Once taken, a user has to experience them until they naturally wear off.

When peyote is in a user’s system the effects of the drug can last up to twelve hours and if a user is experiencing bad hallucinations from the drug, this can be an extremely stressful experience for their body to undergo for multiple hours.

Peyote Effects on a Person’s Brain

According to the National Institute on Drug Abuse, peyote, like other hallucinogens, produces their effects by disrupting the communication of nerve cells and by impairing the neurotransmitter serotonin in a user’s brain. A person’s serotonin system is involved in the control of their perceptual, behavioral, and regulatory systems, which affects their hunger, mood, body temperature, muscle control, sexual behavior, and their sensory of perception.

A user under the influence of peyote may completely lose sense of time and may forget where they are and sometimes even who they are. Most users of hallucinogens also forget to eat or drink when they are on the drug, which results in them feeling extremely fatigued and dehydrated the following day.

Moreover, since peyote affects the serotonin levels in a person’s brain, after the drug has left the user’s body, the individual may feel extremely unhappy or depressed the following days after using the drug.

Experiencing a false sense of reality is enjoyable to some people, and abusing peyote may become a frequent activity for a person to do if they enjoy the effects of the drug, but some people do not have pleasant experiences and they can become violent or suicidal when using the drug.

Peyote is not a drug that should be abused, not just because it can cause a person to harm themselves or others, but because it also can cause damage to person’s brain chemistry if they continue to abuse the drug for long periods of time.