According to the Drug Enforcement Administration, “Peyote and mescaline are Schedule I substances under the Controlled Substances Act” for several reasons, including their high potential for abuse, their lack of “currently accepted medical use in treatment in the United States,” and their lack of “accepted safety” for use. The only time peyote can be used legally in this country is during specific religious ceremonies of the Native American Church. However, the drug is not what we consider to be addictive in nature.

Peyote can cause a number of intense physical and psychological effects as well as some issues that can linger in the long term. But, as stated by the Center for Substance Abuse Research, “Currently, no physical dependence or psychological dependence has been reported.” This lack of dependence does minimize the possibility of addiction, but there are also other reasons why peyote isn’t considered to be an addictive drug in the way substances like cocaine, heroin, and methamphetamine are: 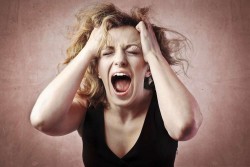 Peyote can cause panic, anxiety, depression, and frightening hallucinations.

For these reasons, peyote is not considered an addictive drug. It does not cause the slowly building tolerance levels, dependence, drug-seeking behavior, and compulsive use that other drugs of abuse often cause as a person begins to become addicted to them.

Why Is Peyote Still a Schedule I Substance Then?

Peyote is still listed as a Schedule I substance by the CSA because it can cause serious side effects, most of them psychological. A person can experience intense issues with losing their sense of reality, panic, anxiety, terror, depression, and fear, not to mention frightening hallucinations. These side effects can lead a person to many dangerous acts such as violence, homicidal or suicidal acts/thoughts, self-mutilation, etc. It is still important that the use of the drug itself is controlled, as it often causes unsafe and serious issues for the user and those around them.

Will I Ever Need Peyote Abuse Treatment?

If you experience severe side effects associated with any kind of hallucinogen abuse, such as persistent psychosis, flashbacks (also known as hallucinogen persisting perceptual disorder), severe weight loss, anxiety, memory loss, depression, or suicidal thoughts, you will absolutely require treatment in order to minimize or relieve you of these effects and get you back to your full health.

Call 800-592-1193 (Who Answers?) today to find treatment programs in your area or to learn more about peyote use and abuse.